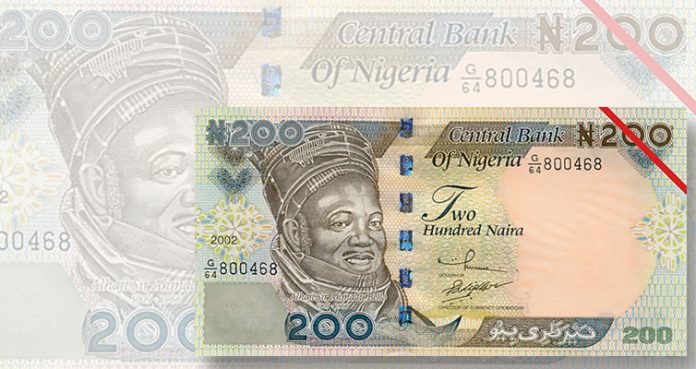 Still another bank note, yet another controversy, but for once, it is not even on a brand new issue.

This time it is Nigeria, where as reported by the BBC and The Economist, Malcolm Omirhobo, a human-rights lawyer in Lagos, is suing to force the Central Bank of Nigeria to remove the Arabic script identifying the denomination on some of the bank notes that make up the national money. It doesn’t seem on the 5-, 10-, 20-, 50-, and commemorative 100-naira notes, but does on the old 100-naira note, along with the 200-, 500-, and also 1,000-naira notes.

Proponents who argue that this is an attempt at Islamification ignore the simple fact that Arabic script is also used to compose several African languages, also called”Ajami,” and has been in use before European colonialists came to subvert the continent. Among them, Hausa, is the language used on the currency and is the one taught in colleges in Nigeria’s northwest. Tens of millions of people are literate only in Hausa.

Ajami’s proponents also argue that Israel uses Arabic script on its own money for the benefit of the Arab inhabitants.

The Central Bank told the Federal High Court that”The Ajami isn’t a mark or symbol of Islam but an inscription to aid the populace uneducated in Western schooling in simplicity of commerce .” It added that eliminating the inscriptions”would cost the tax-paying Nigerians and the federal government a colossal sum of money to discard the existing naira notes and print new ones in satisfaction of the plaintiff”