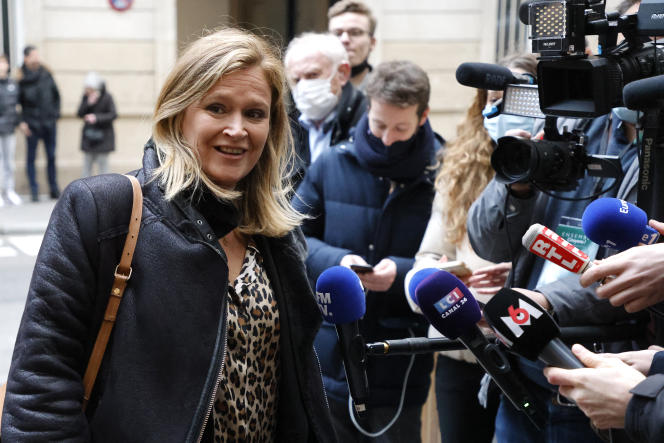 Olivia Grégoire, Secretary of State for the Social, Solidarity and Responsible Economy in the government of Jean Castex, is appointed government spokesperson by the President of the Republic, Emmanuel Macron, and the Prime Minister, Elisabeth Borne, Friday 20 may.

At 43, this former business manager, who worked for a long time in communication, particularly within the Havas group, replaces Gabriel Attal, promoted to the Ministry of the Budget.

Elected deputy in 2017 under the label of La République en Marche (LRM) in the 12th constituency of Paris, this specialist in economic subjects was spokesperson for the LRM group in the National Assembly, and vice-president of the Committee on finance at the Palais-Bourbon, before being promoted to government in July 2020.

Long involved with the liberal right and the center right, Olivia Grégoire passed through the ministerial offices of Jean-Pierre Raffarin and Xavier Bertrand, before joining the ranks of the majority, where she is a figure of the right wing.

A graduate of Sciences Po Paris and the Essec business school in the early 2000s, this passionate about opinion studies, very comfortable on television sets, was involved in the Parisian municipal campaign in 2020, with Benjamin Griveaux, until his forced withdrawal after the broadcast of an intimate video on social networks.

Endowed with a strong personality, she is known for her outspokenness and a direct way of expressing herself. At the time of her election in 2017, she defined herself in the press as a “bulldozer” who “never lets up”.

News Editor - May 20, 2022 0
Wimbledon could be transformed this summer into a prestigious gala tournament, with no stake for the world ranking: the ATP and the WTA, which...