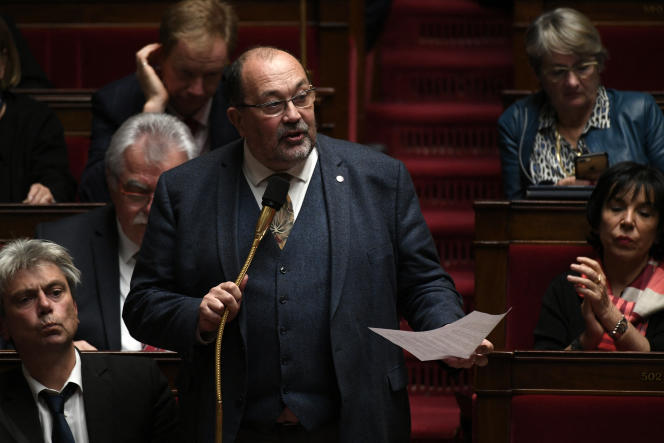 According to Paris Habitat, the good real estate deal lasted a little too long. The social landlord of the capital asked, Friday, May 20, the outgoing socialist deputy Jérôme Lambert – candidate for his re-election – to return the social housing he has occupied for twenty-five years, announced the president of Paris Habitat, Eric Pliez , mayor of the 20th arrondissement of Paris, on Friday on Twitter. “Social housing should be reserved for those who really need it. We will ensure this at Paris Habitat with a [reinforcement] of controls, ”he continued.

Mediapart had revealed Thursday that Jérôme Lambert, deputy of Charente lived in intermediate rent housing (PLI) of the Paris Habitat social park, with an area of ​​95 m2 for 971 euros per month (excluding charges), far from the price of housing in the private market, estimated around 2,300 euros for this area. According to the website of the National Assembly, the allowance of a parliamentarian amounts to 5,679 euros net per month.

Interviewed by Agence France-Presse on Thursday evening, Mr. Lambert said: “There is nothing hidden, everything is clear from the start. The fact that a Member lives in intermediate accommodation is nothing new. It’s not an HLM. “Twenty-five years ago I got this five-room apartment – ​​we were a family of five then – for the market price, 900 euros. Lease increases were indexed to the cost of construction index, or about 1% per year. Today, it is no longer the market price,” he acknowledged.

“It’s completely legal, it’s not a free pass. I am being sued that makes no sense. Paris Habitat has never asked me for anything” until now, he added. He specified that he was going to leave this accommodation, within the framework of the divorce agreement with his wife, who is his former collaborator.

Tribune in “Têtu” against his investiture

Aged 64, Mr. Lambert is the longest-serving member of parliament, having been a member of parliament between 1986 and 1993, then continuously since 1997. He is running for an eighth term, in the 3rd constituency of la Charente, under the label Citizens’ Movement, because it was not taken over by the PS within the framework of the New People’s Ecological and Social Union.

In question: his opposition to the law on marriage for all and to the PMA for all. In 2014, he intervened in a video of La Manif pour tous, the movement of opponents of the Taubira law. Several elected officials and left-wing candidates are among the 600 signatories of a column published in early May by Têtu against his investiture.

News Editor - May 21, 2022 0
The United States and South Korea offered, on Saturday, May 21, their aid to North Korea to fight the Covid-19 epidemic which is raging...