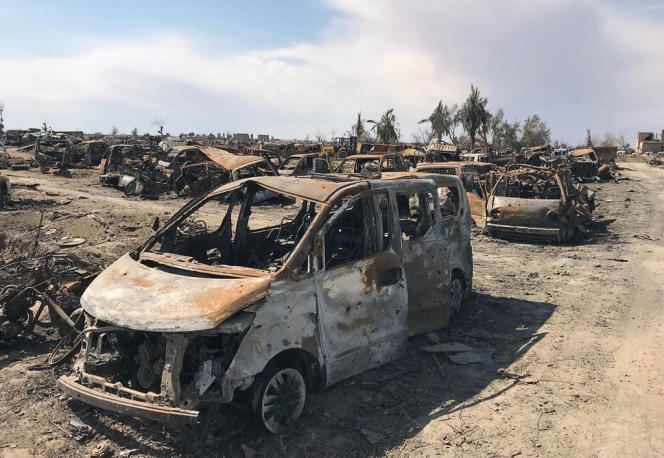 The Pentagon announced on Tuesday (May 17th) that those responsible for a 2019 airstrike that killed civilians in Syria committed no wrongdoing, failing to “deliberately” kill civilians or act as a “unwarranted indifference”.

The Pentagon’s internal investigation into the March 18, 2019 bombing of Baghouz, Syria, was launched in November after the publication of a New York Times article that accused the US military of trying to conceal the presence of non-combatant casualties. The American daily claimed that 70 people, including women and children, had been killed in this operation in Baghouz, the last stronghold of the Islamic State (IS) group, and that a military lawyer had described the incident as “a possible crime of war “.

But the investigation, led by Army General Michael Garrett, concluded that the commander of US forces on the ground received an urgent request for air support from the Syrian Democratic Forces (SDF) that day, the coalition of Western-backed anti-ISIS fighters in northeast Syria. The commander “obtained confirmation that there were no civilians in the firing zone” and authorized the strike, General Garrett said in his findings released by the US Department of Defense.

Pentagon spokesman John Kirby said the strike left 56 people dead, including 52 combatants including 51 adults and a teenager. Four civilians – a woman and three children – were killed. In addition, two combatants were injured, as well as 15 civilians (11 women and four children), he said.

Mr. Kirby informed that no one would be punished for the victims of Baghouz. The investigation established that no one had “acted in violation of the laws of war”, he said, and instead concluded that there was “no malicious intent”.

“We don’t do everything perfectly, but we’re trying to improve,” the spokesperson said. “We try to be as transparent as possible about the lessons we learn. »

Investigative report attributes delays in uncovering these facts, which were not revealed until three years later by the press, to “administrative errors”, giving the impression that the army was trying to cover them up . But in a memo to the highest ranks in the US military, also released on Tuesday, Defense Secretary Lloyd Austin said he was “disappointed” to learn that information had been glossed over for months. He ordered the heads of US military commands to ensure that any operations linked to civilian casualties are investigated.