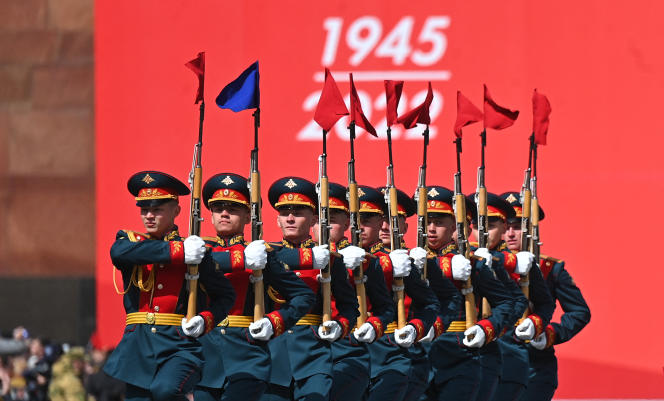 In July 1998, in Saint Petersburg, the bodies of Tsar Nicolas II and his family, assassinated by the Bolsheviks in 1918, were buried in the Peter and Paul Cathedral, in the presence of Boris Yeltsin, President of the Russian Federation. Since the end of the Soviet Union, seven years earlier, the power has sought to “reconnect the thread of time” by glorifying the imperial past, supposed to have embodied a progress and a harmony that the revolutions of 1917 would have broken. But the Petersburg ceremony, which crystallizes this policy, also represents its apogee. Soon, the tsarist myth will no longer be enough to galvanize the people.

Because the country then experienced a major economic recession, which shook it deeply. As USSR historian Nicolas Werth notes in Chief Historian Putin, a brief and dense summary of Russian uses of history as brought to light by the invasion of Ukraine, 1998 is also the year where the public debt can no longer be repaid. The ruble is devalued. Poverty is exploding. Perhaps inevitable consequence: a paradoxical nostalgia for the USSR, after decades of totalitarian oppression, appears in public opinion. We weren’t free, but the world seemed stable, and we had enough to eat. “A rectification of the national narrative is necessary”, summarizes the author of the Cemetery of Hope (Perrin, 2019).

This is well understood by Vladimir Putin who, when he succeeded Boris Yeltsin in 2000, returned to Soviet symbols – anthem, flags… –, albeit partially, but in an insistent manner. Above all, his memorial speeches gradually imposed a vision of national identity which proceeded, in large part, from a revaluation of the communist period, “reconciled” with the tsarist period, writes Nicolas Werth, “around the glorification of an “eternal” Great Russia and a strong state capable of defending the country against ever-threatening foreign powers”.

“Chief historian” in this sense, Putin sees in memory, provided it is, at this point, integral, “the main resource of the power and the future of Russia”, as he put it in 2013. To govern, for him, is to tell, to fabricate a narrative that structures the present from the past and rewrites the past according to the needs of the present, both of which have reality only to the extent where they express the “eternal” essence of Russia. How to understand, without placing it in this context, the constant use, since the outbreak of the invasion of Ukraine, of the verbal register of “denazification”?

Putin’s national narrative indeed makes the USSR’s victory over the Third Reich in 1945, mythologized by Soviet propaganda as the “Great Patriotic War”, “the foundation of national identity, and of anti-Nazism is the DNA of the Russian people”, emphasizes Nicolas Werth. And therefore confers on Russia a “liberating mission” which, for the Kremlin, is enough to cover the violence of a war without justification, and even the systematic crimes committed against Ukrainian civilians.

By taking the side of assuming the Soviet heritage, Vladimir Putin has, in short, extended the field of memory manipulations initiated by Boris Yeltsin, and made them more effective. Now even the deportations and mass executions committed under Stalin are, if not justified, at least relativized in view of the “grandiose achievements” of the Soviet leader. Moreover – and in this Putin shows himself not only nostalgic for the USSR, but its direct heir – the importance accorded to historical questions has led to an ever stricter control of official discourse on the matter. The Constitution has been amended for this purpose. New memorial laws have toughened the crackdown on “deviant” historical positions. A form of sovietization of memory which culminated in December 2021 with the dissolution of the Memorial association, engaged since the end of the 1980s in an extraordinary work of defending human rights and establishing the historical truth about Soviet crimes.

Nicolas Werth, who chairs the French branch, recalls the history of the NGO, its many contributions, the persecutions that its members have suffered for years. More deeply, it shows what hope its birth, during perestroika, harbored and what momentum carried it, at a time when, neither fascinated by imperial pomp nor duped by Soviet lies, some Russians could still to believe that lucidity would shape the future. This time is over. The regret that Nicolas Werth gives to the reader confers all his power on Putin, chief historian, this indispensable guide to the tragedy in progress.