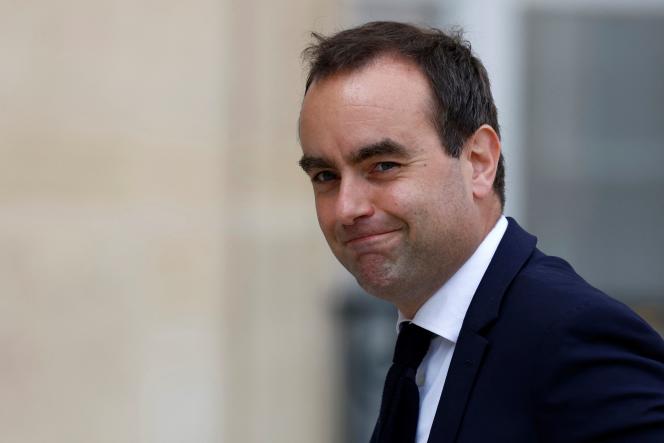 He is a trusted man of Emmanuel Macron who goes from the ministry of overseas to that of the armies. Sébastien Lecornu, 35, was appointed to this post on Friday May 20 by the President of the Republic Emmanuel Macron and by the new Prime Minister Elisabeth Borne.

This ex-Les Républicains, close to Edouard Philippe, is the former mayor of Vernon and president of the departmental council of Eure. After rallying Emmanuel Macron between the two rounds of the 2017 presidential election, he entered the government as Secretary of State to Nicolas Hulot, then Minister for Ecological and Solidarity Transition. It initiates the closure of the Fessenheim nuclear power plant (Haut-Rhin) and calms the dispute concerning the Bure radioactive waste landfill site (Meuse).

Noticed by the Head of State, he won his stripes, once he became Minister of Local Authorities in 2018, by setting in motion the great debate desired by Emmanuel Macron in response to the crisis of “yellow vests”.

In July 2020, Sébastien Lecornu becomes overseas minister in the government of Jean Castex. His first political storm came in November 2021, when he was slow to travel to Guadeloupe, destabilized by the very strong protest against the obligation to vaccinate caregivers and firefighters against Covid-19. He shows firmness, refusing any local adjustment of the law and denouncing the occupation of the regional council by demonstrators. In addition, a controversy over the non-respect of the barrier gestures then in force, both in a “rum evening” at the ministry and during an aperitif in New Caledonia, in full confinement, weakens it temporarily.

The snub of Mayotte

New difficulty, in January 2022, when the elected officials of Mayotte unanimously rejected his bill for the archipelago, by which he intended to mark his ministry. This text relates to the fight against illegal immigration and insecurity, the convergence of social rights, the accelerated development of the territory, youth and integration, to which is added an organic component which would make Mayotte a department-region , in the same way as Guyana or Martinique.

The ministry of Mr. Lecornu is also marked by the third referendum on the independence of New Caledonia, and the third “no”, which leads to the maintenance of the status quo of the Nouméa agreements and the entry into a period of transition of eighteen months devoted to the development of a new project.

In April 2021, Sébastien Lecornu was heard by the anti-corruption police about his past activities at the head of the Eure department, the subject of an investigation by the National Financial Prosecutor’s Office for “illegal taking of interests”. He had received 7,874 euros gross of “attendance fees” as a director of the Société des autoroutes Paris-Normandie, while he chaired the department. To Agence France-Presse, his cabinet had argued of a “historic practice”, the participation of a department president in such a council allowing “to make the voice of the territories heard”.

News Editor - May 21, 2022 0
Julien Stéphan has been saying it for several weeks: "You have to be emotionally stable. The Racing Club de Strasbourg Alsace (RCSA) coach, whose...