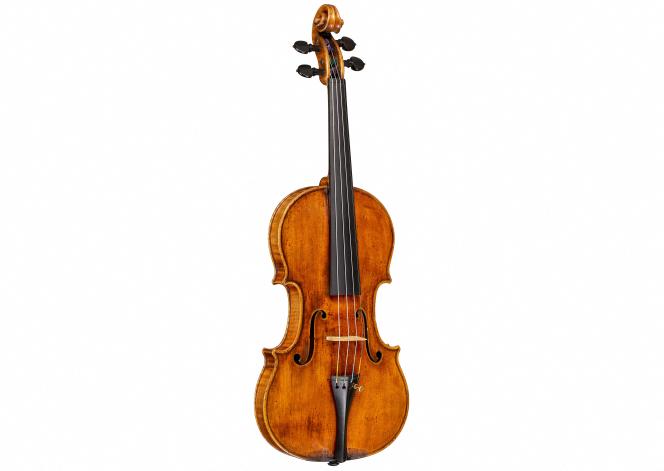 Six hundred Stradivarius violin models are listed worldwide, and each auction of the most famous instrument in the industry is an event. Thursday, June 9, a copy thus left during a sale in New York for 15.34 million dollars (14.5 million euros approximately), close to the record (15.9 million) for such an instrument. The violin belonged to the Munetsugu collection in Japan, and the Tarisio house gave no indication of the buyer.

“Seidel was also Albert Einstein’s teacher. This violin therefore found itself side-by-side with the great mathematician scientist as they played quartets in Albert’s house in Princeton, New Jersey, “added, on Friday, to Agence France- Press (AFP), Jason Price, founder and director of Tarisio, in the premises of the company specializing in the sale of rare instruments.

Toscha Seidel, who had emigrated to the United States in the 1930s, and Albert Einstein, who had fled the Nazi regime, had taken part in a concert in New York in 1933 to support German Jewish scientists leaving their country.

Of the thousand instruments made by the luthier of Cremona, “many are in museums, others in foundations, and they will not be sold. Of those that have survived, there are a few that are known as the examples of the golden period, which is roughly between 1710 and 1720. And these are, for the most part, the most desired and the most appreciated,” says Jason Price.

The auction record dates back to 2011, when a Stradivarius dubbed “Lady Blunt” for having belonged to Lady Anne Blunt, granddaughter of poet Lord Byron, sold for $15.89 million in London.

In 2014, another copy, whose minimum price had been set at 45 million dollars, had not found a buyer at Sotheby’s.