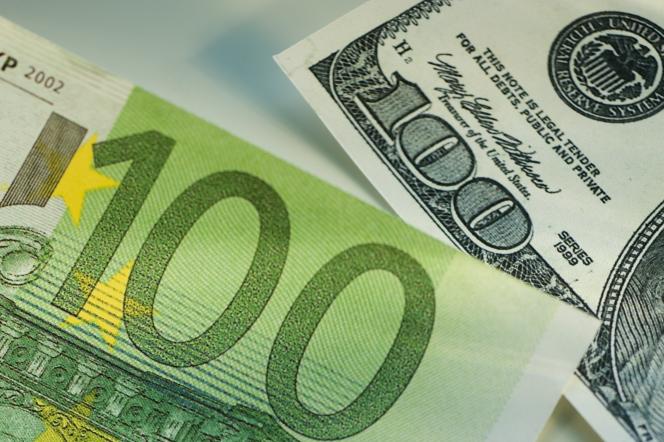 The euro fell on Tuesday, July 12, to 1 dollar, a threshold that had not been reached since the year of its introduction, two decades ago. The single European currency is weighed down by the risk of a cut in Russian gas supplies for the European Union.

Investors favored the greenback, which has gained almost 14% since the start of the year and briefly traded at 1 dollar for 1 euro when questions about the newest single currency weighed on its price.

The market is worried about a major energy crisis on the Old Continent, doubting the restoration, by Russia, of gas flows after an interruption for maintenance on the Nord Stream 1 gas pipeline. This situation accentuates fears of recession in Europe.

Energy from Russia “is at the heart of the turmoil in Europe” and Canada’s announcement on Saturday that it would return turbines for the Nord Stream pipeline to Germany to ease the energy crisis with the Russia “has no positive impact,” comments Jeffrey Halley, an analyst at Oanda.

On Monday, major Russian energy group Gazprom began ten days of maintenance on the Nord Stream 1 gas pipeline. Germany and other European countries are waiting to see if gas delivery will be restored. “The key question is whether the gas will come back after July 21. The markets seem to have already made up their minds,” Halley notes. For UBS analyst Mark Haefele, stopping Russian gas deliveries to Europe “would cause a eurozone-wide recession with three consecutive quarters of economic contraction.” The European Central Bank (ECB) will therefore find it difficult to tighten its monetary policy to combat runaway inflation without worsening the economic situation.

The US Federal Reserve (FED) has more leeway to continue its rate hikes, as employment figures released on Friday showed that the US economy is holding up better so far. The euro’s tumble could still continue.

Difficulty against the Swiss franc

On Wednesday, inflation data from France, Germany and the United States could fuel investor concerns about a divergence of economies on both sides of the Atlantic. “If US inflation is stronger than the market expects, that could benefit the dollar,” investors are betting that the FED will have to move even faster to raise rates, said Fawad Razaqzada, an analyst at Forex.com.

The euro rose very slightly after reaching 1 dollar, and was trading around 12:10 p.m. for 1.0024 dollars. “Investors are struggling to cross the symbolic threshold of parity” and to bring the euro below this level, said Walid Koudmani, analyst at XTB. “This slow pace proves that this is a long-term move, selling the euro and buying the dollar, and not market manipulation,” Razaqzada adds.

The euro is also in trouble against the Swiss franc, also a safe haven: it fell to 0.9836 Swiss francs, a low since 2015. And the dollar also shines against other currencies considered vulnerable to risk: the pound sterling plunged to $1.1807, the lowest level since March 2020, when the start of the Covid-19 pandemic in Europe, in the midst of Brexit negotiations, sent the British currency back to its lowest level since 1985.