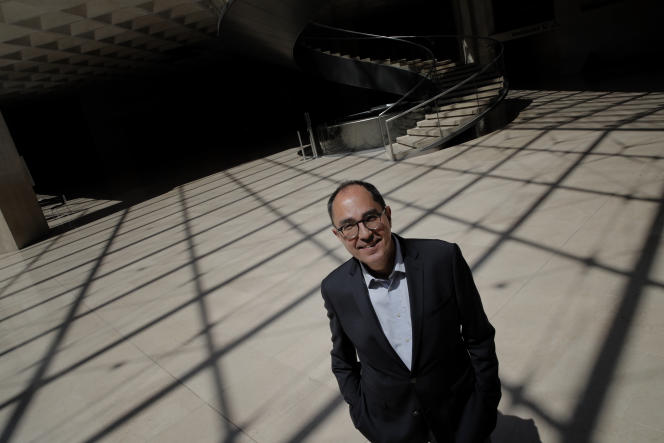 Since his indictment on May 25 for “laundering and complicity in organized fraud”, the former president of the Louvre Jean-Luc Martinez has so far been spared by his guardianship. Suspected by the courts of having shown at best negligence, at worst complicity, in the purchase in 2016, by the Louvre Abu Dhabi of a royal stele which turns out to have been looted in Egypt, the curator has kept his post of thematic ambassador. The Ministry of Culture and the Quai d’Orsay have barely set him back on his mission to fight against the illicit trafficking of cultural property.

At the same time, the International Alliance for the Protection of Heritage in Conflict Zones, of which Jean-Luc Martinez was until then chairman of the scientific committee, made a similar decision. “We asked him to stand down until we got more information, and he left his post voluntarily,” says Jean-Claude Gandur, who leads the foundation’s ethics committee. under Swiss law, created in 2017 on the initiative of France and the United Arab Emirates. This collector is nonetheless convinced that the former president of the Louvre “is not a corrupt or light man”. He says it all the more willingly since he was also fooled by the same network of traffickers accused of having sold looted objects with falsified provenance documents to the Louvre Abu Dhabi and to the Metropolitan Museum in New York.

At the heart of this affair, two men: Roben Dib, imprisoned since March in France, and Christophe Kunicki, indicted in 2020. The first, a merchant from Hamburg, associated with a family of dubious antique dealers, the Simonians, supplied objects the auctions that the second organized as an expert at Pierre Bergé

On June 3, the collector filed a criminal complaint against X with the public prosecutor in Geneva for falsification of provenance, adding to this sprawling dossier the name of a new protagonist: the Phoenix Ancient Art gallery, run by the Ali brothers and Hicham Aboutaam. She had bought the Fayoum portrait in 2013 at Bergé

The Aboutaam brothers, on the other hand, have long been in the crosshairs of justice. In December 2003, Hicham Aboutaam was arrested in the United States for having attempted to illegally import an object looted from Iran. The following year, it was the turn of his brother, Ali, to be sentenced in absentia by the Egyptian courts to fifteen years in prison for having helped the smuggler Tarek El-Suesy to smuggle out of the country nearly 300 Egyptian objects, direction Switzerland. His link with Roben Dib appeared in December 2016, when the German merchant was arrested at the border between France and Switzerland for transporting an undeclared antique object, in a car driven by… Ali Aboutaam’s driver.

Showered by this story, Jean-Claude Gandur, who has reduced his purchases of antiques for ten years, has decided to be extra careful. “I will no longer buy objects without having period photos or indisputable deeds,” he says. But such evidence can easily be tampered with. A reality that archaeologist Vincent Michel admits: “The market has become vulnerable, because traffickers mix up the real and the fake to make a provenance credible. »