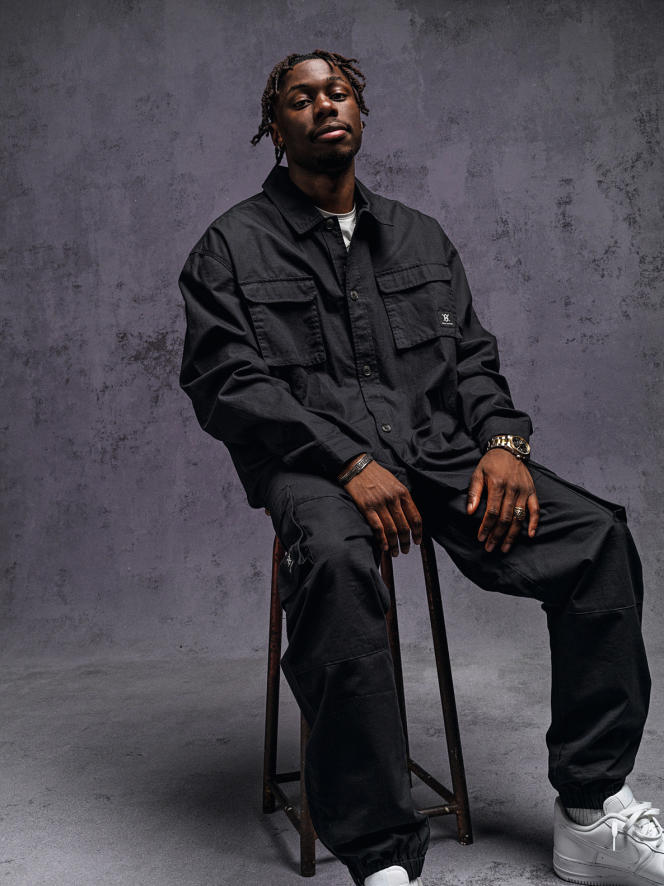 To his seven siblings, he is William. For his friends in the city of 4,000, in La Courneuve, he is Tiakola. The young man made this nickname his artist name, a reference to people on the street, the main theme of his texts. His first album, Mélo, released on May 27, is unanimously acclaimed, from college playgrounds to Parisian newsrooms.

If, at 22, Tiakola is the new number one in French rap, it’s thanks to a cocktail of his own: a voice matured on the pews of evangelical churches, where his mother took him on Sunday mornings, eclectic tastes , which range from the rap of his big brothers to the R’n’B of his sisters, passing through African music. He did not listen to the committed rumba of his parents, respectively cleaning lady and mechanic of Congolese origin, but the ndombolo, another kind of Congolese music, frivolous and rhythmic.

The young singer and rapper almost fell into music by chance. He was destined for a career as a footballer, enrolled in football sport-studies at Le Bourget, in Seine-Saint-Denis. Only, not mature enough, William loses confidence in front of “the competition”. “In Ile-de-France, he says, there were a lot of good players. You had to be really strong, I was lazy. With rap, it was faster to be successful. »

The teenager enters the studio first to help the buddies pay for their recording session. “It was 70 euros,” he recalls. The more people there were, the cheaper it was. I ended up in their rap group because they needed people to pay for the studio. Once you were there, something had to be recorded. I couldn’t deny them anything, they’ve been my friends since kindergarten. I found myself trapped. “But the friends discover that their friend can sing and rap and recruit him for their group, the 4Keus, or the 4,000, name of their city. Their first title broadcast on the Internet, the aptly named O’Kartier c’est la hess (misery), was spotted by Wati B, the former label of Sexion d’Assaut.

Tiakola quickly stands out from his colleagues thanks to a pronounced taste for fashion. He wears brands of young designers, such as Daily Paper, by Ghanaian Jefferson Osei based in the Netherlands: he wears one of his red tracksuits in his clip, M3lo, shot in sequence in Montreuil-sous-Bois. It will be his only infidelity to his city. All the other videos are shot at the city of 4,000, in a very aesthetic vision, in blue and orange: “It’s dilapidated but it’s beautiful. For us, it’s a kiff, a state of mind, when we see our daronnes, our little ones rushing to go to our barbecues. It feels good. That’s what I also want to convey: a new energy, a new color. »

His dream is that his disc will become as decisive as Booba’s 0.9, the first album he listened to as a child and which used Auto-Tune (a software that transforms voices) for the first time on a rap disc in France. . Tool which Tiakola also uses abundantly to give this sensation of rapping-singing. For writing, he admits without complex preferring to rely on experts like his eldest Dinos: “I haven’t experienced much yet. And then, music is sharing. »

News Editor - June 25, 2022 0
“Young designers no longer create for their bubble, they see further. More and more of them are getting involved in sustainable projects", immediately announces...