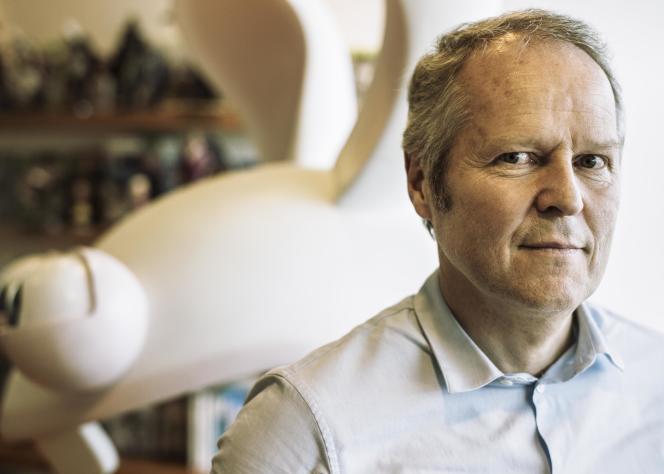 During the presentation of Ubisoft’s latest annual results in mid-June, Yves Guillemot, the boss of the French video game giant, was not trying to hide. “There’s a lot of talk about consolidation in the industry, and about Ubisoft in particular,” he admitted bluntly, indicating that the board would consider any offer that might be made to him. And no one doubts that it will present itself.

The year 2022 has already been marked by major takeovers in the video game industry. In January alone, Microsoft paid a record $75 billion to get its hands on Activision Blizzard in January, Take-Two wrote a check for $12.7 billion to acquire Zynga, and Sony put $3.6 billion on the table to take over the Bungie studio.

In an ultra-competitive industry, the big players are fighting for territory to acquire the most prestigious studios, and carve out the lion’s share of a market estimated at 195 billion dollars in 2021, with forecasts of annual growth in the market. 13% until 2030, according to Grand View Research. However, the firm Ampere Analysis anticipates a temporary slowdown of 1.2% in 2022 due to inflation.

If no major operation has been concluded since January, Ubisoft is now a favorite target for all observers in the sector, with prestigious licenses such as Assassin’s Creed or Watch Dogs. Especially since society is weakened. On the stock market, its valuation has fallen below 5.4 billion euros, with the price of its share halving in four years (from 100 euros in 2018 to 43 euros today).

In 2021, its turnover fell by 4.4%, to 2.1 billion dollars, for a net profit falling by 23%, to 79.1 million dollars. In addition, for many months, the company has been mired in sexual and moral harassment cases that are damaging its reputation, and have led it to part ways with several of its leaders.

This partly explains the multiplication of release reports for its games (Skull and Bones, Prince of Persia, etc.). These are all elements that tend to worry investors. And to whet lust: “Today, it wouldn’t be very expensive to buy back, and we see players such as Sony or Microsoft who are ready to stretch out large sums of money,” says Julien Pillot, teacher-researcher at the Institute of Advanced Economic and Commercial Studies (Inseec). “Whoever doesn’t have it will only have their eyes to cry,” said Charles-Louis Planade, head of international operations at investment bank TP ICAP Midcap. Several investment funds (KKR, BlackStone) have recently looked into the matter, the Bloomberg agency said recently.

Created in 1996, Ubisoft cultivates its uniqueness. Unlike the world’s largest publishers, the French company has chosen to develop most of its licenses in-house, and today has an unparalleled game development capacity, Ubisoft distributes throughout the world (France, Canada, China, Eastern Europe). Over the years, Ubisoft has decided to extend the life of its games by regularly integrating additional content, which provides it with additional revenue at a lower cost.

Today, its “back catalog” (list of old titles that continue to earn) provides it with 50% of its income, an advantage over its competitors. A major player in the console segment, the company is trying to diversify into mobile or the free-to-play sector (a model that allows you to start playing a game before paying to go further in the adventure ). It is already positioning itself on future technologies such as virtual reality, blockchain, streaming. It could also position itself as one of the gateways to the metaverse – an immersive version of the Web.

For its part, Ubisoft feels rather in a position of strength. More and more players want to get involved in the video game battle and in content research. Among the newcomers are companies such as Amazon, Netflix or Apple. It would cost them more to develop their own content than to rely on experts like Ubisoft. “Current speculation [on Ubisoft] highlights the value of our assets and our ability to create value,” said Yves Guillemot during the presentation of the annual results. While challenging its suitors: “We have everything it takes to remain independent: the talent, the industrial and financial base and a large portfolio of licenses. »

Any way to up the ante? There are hardly any prestigious studios left to acquire on the market. Electronic Arts – which has just lost its licensing contract with FIFA for its football game – would be ready to sell, but did not reach an agreement after discussions with NBCUniversal, Disney, Amazon or Apple, CNN recently indicated. .

This scarcity of supply works in favor of Ubisoft. At 62, is Yves Guillemot ready to fight a new fight after having succeeded in repelling Vincent Bolloré’s takeover bids in 2018? That’s the whole question. For Charles-Louis-Planade, “the fruit is not fully ripe but the planets are aligning”.