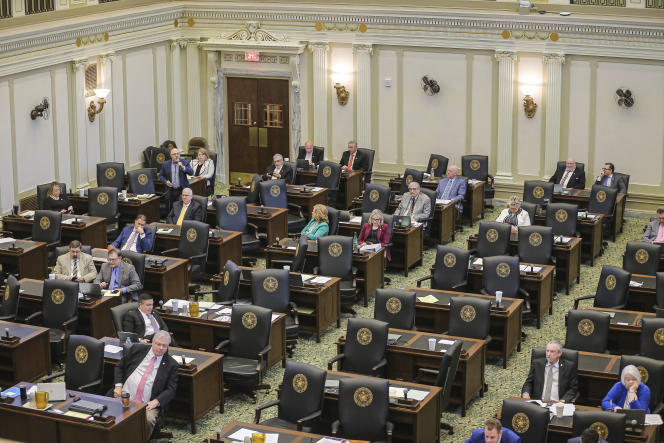 The Oklahoma parliament adopted, on Thursday, May 19, a law prohibiting all abortions upon fertilization, making this conservative bastion in the southern United States the state with the most restrictive regulations in terms of voluntary termination of pregnancy. .

The vote comes amid a threat to abortion rights since, according to a document revealed by Politico, the Supreme Court appears ready to backtrack 50 years after its historic decision to protect abortion. This new law is not yet in force, but only the signature of Governor Kevin Stitt is missing. The Republican had previously indicated that he would put his signature to any law imposing more restrictions on abortion.

US Vice President Kamala Harris later denounced the Oklahoma legislature’s decision as “the latest in a series of egregious attacks on women by elected officials.” The N.2 of the executive thus called on Americans to elect leaders who would defend the right to abortion “at the local, state, and federal level”. “It has never been more urgent,” she tweeted.

Exposing those who resort to abortion?

Inspired by a law passed by Texas in September, this text of Oklahoma law opens the door, with this text, to lawsuits launched by ordinary citizens against people suspected of having had an abortion. The definition of abortion, according to the text, however, does not include “the use, prescription, supply, or sale of morning-after pills, or any type of contraception or emergency contraception.”

The Planned Parenthood organization, which defends the right to abortion, has announced that it will “sue Oklahoma”. “This ban must be stopped – along with all the other bans this state has passed in the past month,” Planned Parenthood continued on Twitter.

On May 3, Governor Kevin Stitt announced that he had signed a law that already banned abortion after six weeks of pregnancy. “I want Oklahoma to be the most pro-life state in the country,” he said, using the phrase used by anti-abortion Americans.

Oklahoma had been welcoming thousands of Texan women seeking abortions for several months, after the passage in September of a similar text in this neighboring state.