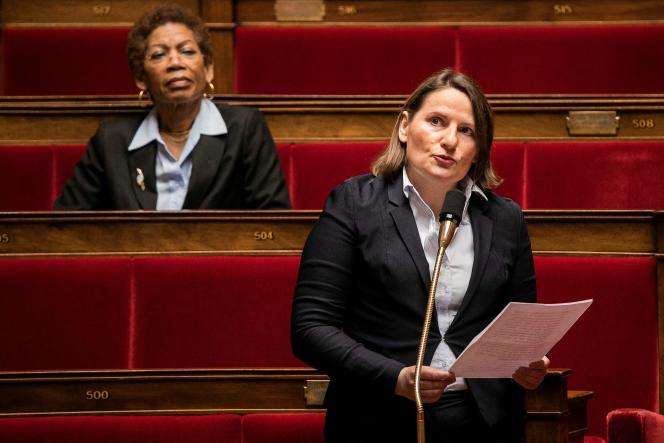 Valérie Rabault, leader of the socialist deputies and candidate of the New People’s Ecological and Social Union (Nupes) in the 1st constituency of Tarn-et-Garonne, came first in the first round of the legislative elections on Sunday June 12, with 33.33 % voices. She will face Pierre Poma, candidate of the National Rally (22.44%) in the second round, on June 19.

President of the Socialists and Allies group in the National Assembly, Ms. Rabault is seeking a third term in a row, in a constituency that placed Marine Le Pen in the lead in the first round of the presidential election.

Posture of independence vis-à-vis the Nupes

An engineer by training, a graduate of the Ecole des Ponts et Chaussées, Valérie Rabault began her career in the private sector, moving from works management to the banking sector. Member of the Socialist Party (PS) since 2000, she won her first mandate in 2012, at the time of the pink wave which followed the election of François Hollande at the Elysée. Once a Member of Parliament, she resigned from her position as head of risk monitoring at BNP Paribas Arbitrage.

A specialist in the workings of the economic and financial world, Valérie Rabault became the first female general rapporteur for the budget from 2014 to 2017. At the end of her first term, despite the setback suffered by the PS during the legislative elections in 2017, Valérie Rabault succeeded in be re-elected with 55.02% of the vote, against the candidate of La République en Marche (LRM). She succeeds Olivier Faure at the head of the socialist group in April 2018. During the term of office which is ending, she is also secretary of the finance committee.

The one who had refused to enter the government of Manuel Valls (2014-2016) as Secretary of State in Bercy, because she was not allowed to choose her chief of staff, declared herself free in the current legislative battle. Close to the socialist president of the Occitanie region, Carole Delga, Valérie Rabault was also one of the opponents of the alliance made by the PS with the party of Jean-Luc Mélenchon.

But his constituency had been reserved for him in the Nupes agreement. Approached indirectly by the Elysée, after the re-election of Emmanuel Macron, to join the new government, the socialist quickly declined, out of “loyalty” to her convictions.