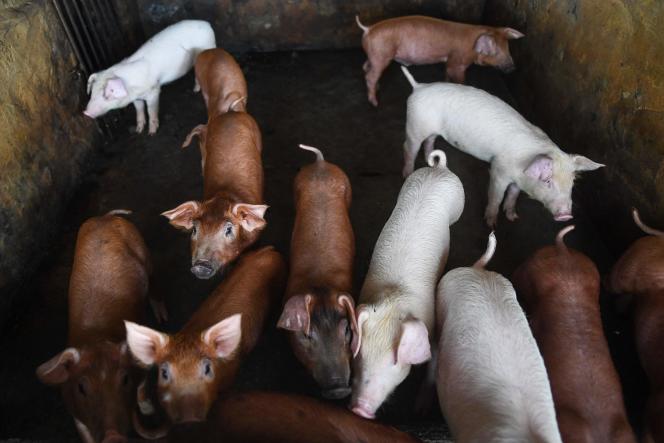 This is a world first. Vietnam announced on Wednesday June 1 that it has developed, in partnership with American researchers, a vaccine to be administered to pigs to combat African swine fever. On Friday, Vietnamese authorities are expected to issue marketing authorization for the vaccine for Vietnam only.

But Hanoi also wants to be able to sell it abroad, in order to help countries where the epidemic is wreaking havoc on livestock. “The production of the vaccine is a historic event (…). We are also targeting export,” Deputy Agriculture Minister Phung Duc Tien said on Wednesday. He did not give a timetable for the export or an estimate of Vietnam’s production capacity.

African swine fever, harmless to humans but devastating to livestock, was first detected in Vietnam in February 2019. Since then, the country has had to slaughter millions of animals. Until now, no commercial vaccine was available worldwide to prevent this disease.

A duration of immunity of six months

The Vietnamese vaccine has been developed since 2020 in partnership with American experts. Five clinical trials have taken place. “His duration of immunity is six months,” Mr. Tien said. Its safety and effectiveness have been confirmed by the Agricultural Research Service under the United States Department of Agriculture, he said.

Although the swine fever outbreak has subsided in Vietnam, allowing farmers to replenish their herds, the virus continues to wreak havoc in some parts of the world.

Between January 2020 and April 2022, more than 1.1 million cases, reported in 35 countries on five continents, were recorded in domestic pigs, according to data from the World Organization for Animal Health (OIE). .