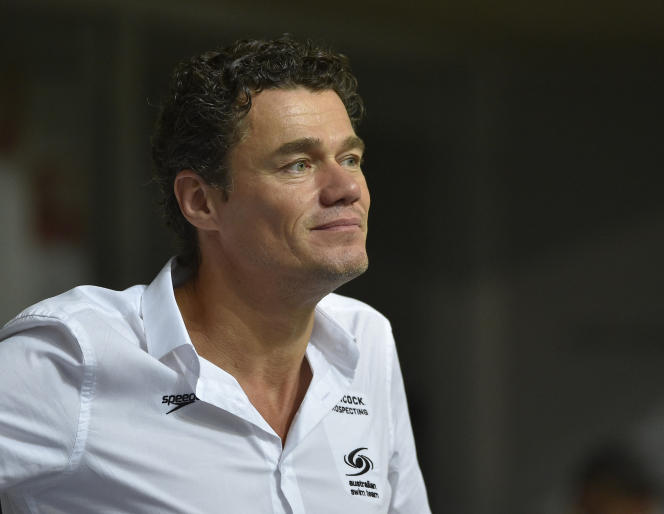 With six medals won since the start of the Worlds in Budapest (from June 18 to July 3), French swimmers are already doing much better than in 2019 (two third places). Arrived at the head of the French swimming race and open water teams after the disappointing Tokyo Olympics (a silver medal), Jacco Verhaeren, the experienced 53-year-old Dutchman, was able to give new impetus to the Blues .

The Paris Olympics are just two years away, but the pool tactician isn’t getting carried away, and knows his “swimmers will have to swim faster, and better” if they want to reap the same harvest on home soil.

Nope ! Before a competition, you always hope for certain results, but medals are difficult to predict, especially when you don’t know the current form of your opponents. But a few days before the Budapest championships, we were all at the training camp in Canet-en-Roussillon [Pyrénées-Orientales], and we saw that many of our swimmers were in very good shape. So I’m not surprised, I’m just very happy with this result.

The Olympics are a completely different competition. And without going that far, the world championships to be held next year in Fukuoka [Japan] will also be another competition. Speaking of a good omen, I don’t know. I would rather say that it is a great first step. We can afford to look favorably on these results, but we must refuse to be satisfied with them. Above all, we must not rest on it, and think that all our swimmers have already reached a world level. I think there is still a lot of work to do to successfully prepare for the Paris Games in 2024.

When a team is already doing well, medals always help. But since the French championships in Limoges, we really feel a pleasant atmosphere that reigns. In Canet-en-Roussillon, we continued its construction, with activities bringing together swimmers, coaches and staff. In the technical teams, we also set a good example, by working hand in hand, by listening to each other. The athletes see it, they realize that we have a very good team, both in the water and at the edge of the pools. I am particularly satisfied with the phase in which the French team finds itself.

Two years from the Olympic Games, you now have in front of you about 80% of the team that will be sent to Paris. It’s not an exact science, something can always happen before then, but a significant number of these swimmers will stay with us. That can’t be all of it, because younger athletes will join the team over the next two years, while others will leave.

All swimmers will have to swim faster, and better, because the others will undoubtedly be better and faster once at the Olympics. We work on it every day, in training, with the technicians and the swimmers, to improve their level. It is a priority, because with the times we have in Budapest, we will not be able to have the same success in Paris. So we have to improve from a purely technical point of view.

But this does not go without the second point, which will consist of making group functioning and our dynamics as a team more fluid. Because working together when everything is going well, when we win medals, is much easier than when the team is in difficulty and faces challenges. With the pressure and expectations that naturally come with a home Games, it is to be expected, and therefore anticipated.

Léon is obviously a very important element of this France team. An athlete who can cover so many disciplines is essential. It is also fundamental for our relays. His versatility in individual events and the fact that he is mainly a medley specialist make him a key ingredient for our success in collective events. Whether it’s the breaststroke, the butterfly, the crawl or even the backstroke, Léon has progressed everywhere and has reached a very high level in each specialty. So yes, he’s incredibly crucial, but he can’t do it all on his own. He feeds on this collective dynamic, as much as on his excellent trainer [Bob Bowman, the former mentor of Michael Phelps], who is now his main help.

New swimmers will likely join the team. Between the world championships and those of Europe, we will have time to attend new competitions. The European Junior Championships will be held from July 5 to 10 in Otopeni [Romania]. The opportunity to see young swimmers again, who may have their place among the big ones. We will be attentive to everything that will happen between Budapest and Rome.