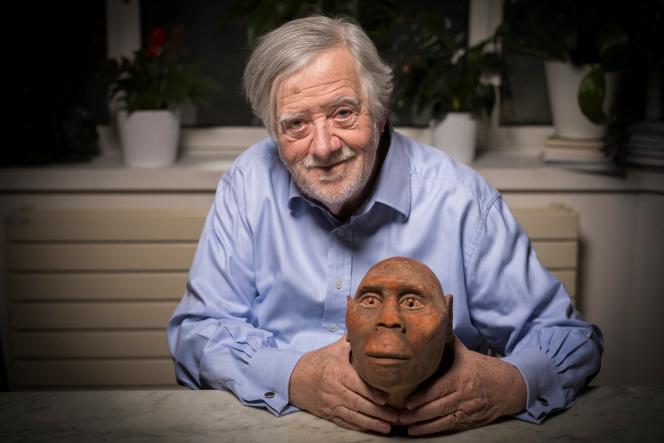 French paleontologist Yves Coppens, co-discoverer of Lucy, died on Wednesday June 22 at the age of 87, announced his editor Odile Jacob.

“Yves Coppens left us this morning. (…) Yves Coppens was a very great scientist, world-renowned paleontologist, member of countless foreign institutions, but above all a professor at the College de France and a member of the Academy of Sciences, “wrote on Twitter the one who edited a large many of his works. “His benevolence, his kindness, his humor, his loyalty, his erudition were matched only by his talent as a writer, storyteller, essayist,” she added.

Yves Coppens was born in Vannes (Morbihan) on August 9, 1934. He joined the CNRS in 1956 to work on the paleontology of vertebrates. It doesn’t take long for him to get to the field. From 1960, he conducted research in particular on the site of Menalla, in the Djourab desert, in Chad. In 1961, he discovered his first hominid there, Tchadanthropus uxoris, 1 million years old. It is on this site that Michel Brunet (University of Poitiers, CNRS) will discover, forty years later, the skull of Toumaï, a prehuman of 7 million years. This discovery of Tchadanthropus uxoris sealed the entry of Yves Coppens into the world of media. In 1963, the Fondation de la vocation prize, awarded by Marcel Bleustein-Blanchet, opened the doors of Publicis to him, which welcomed him within its walls for the presentation of his work to the press.

In 1969, he was called to the sub-directorate of the Musée de l’homme. He took over the management in 1980, at the same time as he became a professor at the National Museum of Natural History (chair of anthropology). In the meantime, he traveled to the Omo Valley in Ethiopia, a hotspot for discoveries of hominids and ancient fauna. At the request of Haile Selassie, Emperor of Ethiopia, the British paleoanthropologist Louis Leakey organized an international expedition in which Yves Coppens took part. There he unearthed Australopithecus aethiopicus (2.5 million years old). Then the French scientist directs his steps towards Afar, in the east of Ethiopia. It was then in 1974 the discovery of Lucy (Australopithecus afarensis), with the Frenchman Maurice Taïeb and the American Donald Johanson. The fifty-two bones of Lucy (a human skeleton has 206 of them) will make it possible to reconstruct her weight, her age and to discover that prehumans walked and climbed trees.

In 1983, Yves Coppens became holder of the chair of paleoanthropology and prehistory at the Collège de France. Two years later, he was elected a member of the Academy of Sciences.

1980 Director of the Museum of Man. Professor at the National Museum of Natural History.

1983 Professor at the College de France.