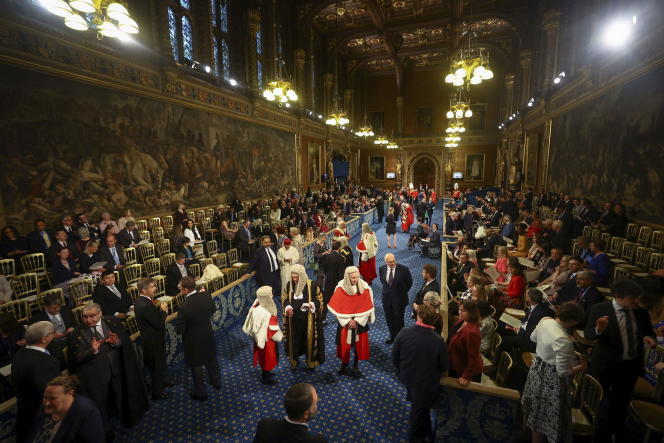 Between “betrayal of our allies” and “disaster”: a parliamentary report published on Tuesday May 24 combs flaws and “systemic failures” of British diplomacy during the Western withdrawal and evacuation from Afghanistan in the summer of 2021. conduct of our withdrawal from Afghanistan has proven to be a disaster and a betrayal of our allies which will damage the interests of the United Kingdom for years to come,” the document criticizes.

He denounces in particular “the total absence of a plan to evacuate the Afghans who supported the British mission in the country” without being directly employed by London. “The British side in this tragedy reveals a lack of seriousness in coordination, a lack of clear decision-making, a lack of leadership and a lack of responsibility”, denounced in a press release the chairman of the Foreign Affairs Committee, the Conservative MP Tom Tugendhat.

In the current context, “our diplomacy and our security cannot be so confused and so unstructured”, he continues, denouncing “serious systemic failures at the heart of UK foreign policy”, including the absence of the Minister Foreign Affairs at the time, Dominic Raab, and the department’s top official, Philip Barton.

Among other things, the report sharply criticizes the “lack of a solid prioritization system” in evacuations, which allowed an animal protection association to pass following an intervention whose origin could not be determined. , and to leave the country with dogs and cats when many potentially threatened Afghans have failed to do so.

The case is part of “a broader issue of transparency and accountability within the ministry,” according to the report, which found the responses that were given to the commission “intentionally evasive at best, and often deliberately misleading.”

“Parliament can only hold the government accountable if it can be confident that it is receiving honest answers to its questions,” the report said.

As for the future, the report calls on the government to restore diplomatic ties with the ruling Taliban in Kabul as soon as possible, stressing that “attempts to completely isolate the new regime can only harm the Afghan people and leave a vacuum.” which will be filled by China”.

Death of Shireen Abu Akleh: For the Israeli army, there is no indication that any of its soldiers committed a “crime”