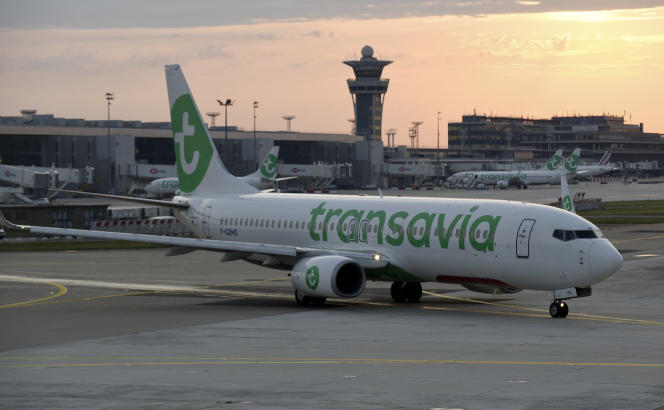 The flight crew union SNPNC-FO, which represents the hostesses and stewards of the airline Transavia France, a subsidiary of Air France-KLM, is calling for a strike from Wednesday July 13 to Sunday July 17.

In a press release issued on Sunday July 10, the union demanded wage increases and denounced the working conditions of the crews of the low-cost company.

This call to strike comes in a particularly tense context in air transport at the start of the summer holidays. Friday, July 8, the employees of the Parisian airports voted to lift their strike notice after having obtained salary increases, in extremis before the start of the influx of major departures on vacation.

Gathered in a general meeting at Roissy-Charles-de-Gaulle, these employees ratified an agreement providing for a general increase of 3% for all employees of the ADP group, manager of airport facilities, noted a journalist from Agence France-Presse . To this 3% increase is added a revaluation of the salary scales and an upgrade of the remuneration of some 1,800 employees whose salaries are lower than the reference level of 2019, according to the details communicated by the CGT.

In 2021, employees of ADP, a state-controlled company, agreed to cut their salaries to help the company weather the Covid-19 crisis. The group also carried out a voluntary redundancy plan and undertook to ensure that salaries returned to their pre-crisis level as soon as the effects of the latter on traffic had dissipated.

The end of the conflict has avoided disruptions at airports in the Paris region, which sees an influx of tens of thousands of travelers on this first weekend of major summer departures. The prospect of flight cancellations had already receded on Thursday, with the signing of a first agreement between the ADP group and the company’s firefighters who were also demanding an upgrade. The action of the firefighters, which began on June 30, resulted last week in the preventive cancellation of hundreds of flights departing from or arriving at Roissy, France’s leading airport.