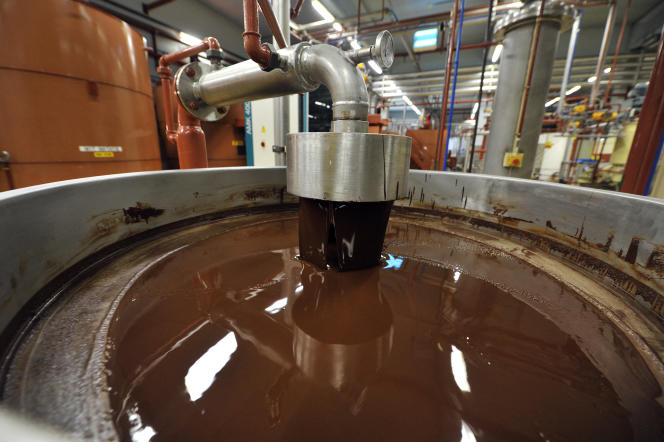 The Swiss group Barry Callebaut, world number one in cocoa and chocolate preparations, declared, Thursday, June 30, to have stopped the production of chocolate in its factory of Wieze (Belgium), after the discovery of salmonella in a batch.

The presence of the bacteria was discovered on Monday “in a production batch manufactured in Wieze”. “Our quality experts have identified lecithin as the source of the contamination,” the wholesaler said in a statement.

A spokesperson told Agence France-Presse that “most of the contaminated products are still in the Wieze factory” and that the group was in the process of contacting its 73 customers (large industrialists, craftsmen) to s ensure that there was “no contamination at the consumer level”.

Barry Callebaut informed the Belgian health authorities, the Federal Agency for the Safety of the Food Chain (FASFC) and “closed all its chocolate production lines in Wieze, as a precaution”.

The FASFC went to the site and announced that it had opened an investigation to “collect all the information in order to trace the contamination”.

“Food safety is of the utmost importance to Barry Callebaut, and this contamination is quite exceptional. We have a well-defined food safety charter and procedures.

This announcement comes a few weeks after a case of chocolates contaminated with salmonella in the Ferrero factory in Arlon (south of Belgium) manufacturing Kinder chocolates. The Belgian health authorities announced on June 17 that they had authorized the restart for a three-month test period of the Italian giant’s factory.

The Swiss group Barry Callebaut supplies cocoa and chocolate-based preparations to many companies in the food industry, ranging from giants in the sector, such as Hershey, Mondelez, Nestlé or Unilever, to pastry professionals.