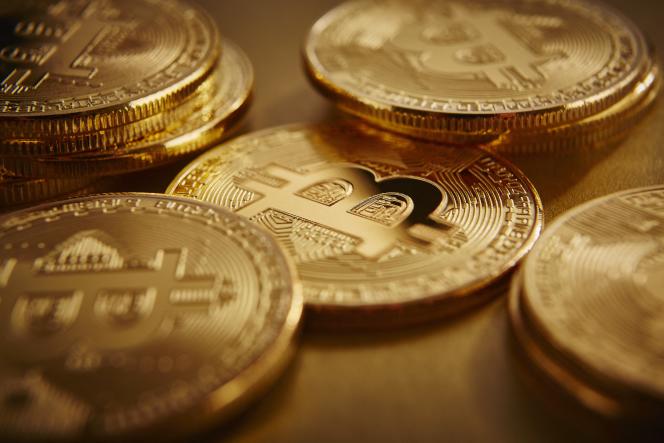 After San Salvador, Bangui, bitcoin capital! Regardless of the doubts about the technical feasibility, the criticisms of the supposed hidden objectives or the price that has been unscrewing for six months, the Central African president has not given up on making his country an unexpected precursor to cryptocurrencies.

A month after making bitcoin an official digital currency of the Central African Republic (CAR), President Faustin-Archange Touadéra, a mathematics professor whose calculations continue to baffle, announced on May 23 the launch “soon” of the project. “Sango – The First Crypto Initiative – intended to set a visionary milestone on the map of the world (…), a revolution that will reposition the economy, improve prospects and change the destinies of citizens”.

In the terms of the press release from the presidency, as on the brochure offered on the Sango.org site, the ambition seems disproportionate while the country is struggling to emerge from the civil war, that a little more than 15% of the population access to electricity and that the coffers of the State are drying up as external budgetary support (World Bank, International Monetary Fund, France, European Union) withdraws for fear of seeing their subsidies end up in the pockets of mercenaries of the Wagner Group, the government’s first security partner.

Sango, which is also the name of the national language of the CAR, therefore plans to make this country “the first legal crypto hub”, a financial paradise without income and corporate taxes, where exchanges in bitcoins will no longer be taxed and where the acquisition of Central African nationality and land will be facilitated for digital investors. To give the initiative a little more luster, the construction of a “Crypto Island” on the banks of the Oubangui, with ultramodern infrastructures, artificial lakes and beaches, is announced… but without a delivery date.

After a brief trip to Dubai in mid-May, the objective of which, according to the specialized letter Africa Intelligence, was to formalize the opening of a “mining” company intended to produce cryptocurrency, the Central African government has in recent days invited a small group of “bitcoiners” from France, Canada and El Salvador. Accompanied by the former socialist deputy of Gard and president of the international affairs section of the Economic, Social and Environmental Council Jean-Marie Cambacérès, they were received Thursday, May 26 by the Central African head of state.

Already an adviser to the authorities of El Salvador, Sébastien Gouspillou, the president of Bigblock Datacenter, a French “mining” company, explained, on BFM-Business on the eve of flying to Bangui with a team of “super-specialists”, ” come to listen, do some form of audit and come up with some solutions to help them make it a success.” Among the avenues considered, the realization of transactions by the telephone network and not by Internet or the construction of power plants financed by “mining”.

“This is all a huge hogwash!” The only purpose of power is to launder money and make transactions with Wagner’s mercenaries more fluid”, reacts on condition of anonymity a personality from the business world in the CAR, while the Bank of the States of the Central Africa and the World Bank have publicly expressed concern about Bangui’s desire to establish a currency that escapes all control.

“For us, the formal economy is no longer an option. An impenetrable bureaucracy keeps us stuck in systems that do not give us the opportunity to perform,” retorts Faustin-Archange Touadéra, sure that his decision will open “a new path towards a bright future”.

Building this future, however, seems to require less innovative measures. While half of the 2,000 mercenaries of the Wagner Group have, from a good source, left the CAR to join Ukraine in recent weeks, Faustin-Archange Touadéra continues to maneuver to remove the limitation on the number of presidential terms. Supported by the deputies of the majority, the president of the Institution and Democracy Committee of the National Assembly campaigned in this direction on Thursday. Perhaps to give the Head of State time to inaugurate “Crypto Island”.