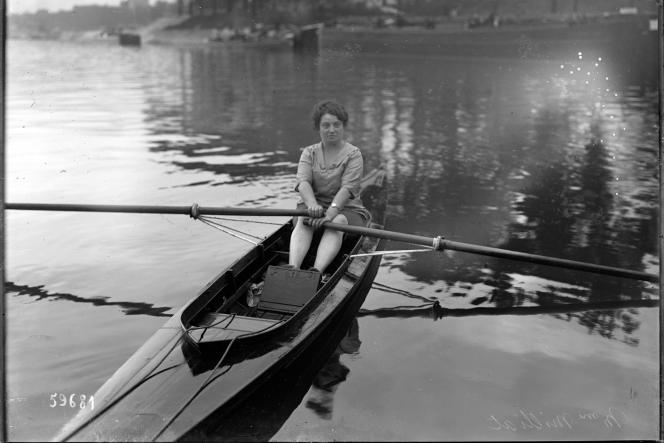 When the Summer Olympics begin in Paris in July 2024, participating female athletes will, for the first time in the long history of Olympism, be as numerous as their male counterparts.

This late parity would have made Alice Milliat (1884-1957), feminist activist, athlete (rowing, swimming) and federation leader, happy, whose fascinating documentary, rich in unpublished filmed archives dating from the 1920s and 1930s in particular, traces the fight for women’s sport to have the right of citizenship in a French society so hostile at the time to the slightest attempt at female emancipation in the public sphere.

A pioneer, Alice Milliat notably distinguished herself in her fight against a strong adversary, namely Baron Pierre de Coubertin (1863-1937), creator and president of the International Olympic Committee between 1894 and 1925. An all-powerful Coubertin and male chauvinist, believing that at the Olympics “the role of women should be to crown the winners”.

Faced with such a retrograde vision, Alice Milliat, daughter of merchants from Nantes who had discovered rowing and… the feminist struggles with the suffragettes in London at the beginning of the 20th century, where she lived and had married, decided, on her return to France, to promote female sports practice. “France is a country of prejudices where the desire to always keep women under guardianship persists”, declares the one who will become the president of Femina Sport, the only club of its kind to have its own ground (the Elisabeth stadium near the gate of Orleans, in Paris).

When the men returned from the war in 1918, more than 5,000 French women were enrolled in sports clubs. An outstanding organizer, Milliat is at the origin of competitions that make noise, like this first match of the French women’s football team in 1920.

Even better: having become president of the Federation of Women’s Sports, she organized the first women’s Olympic Games in history in Paris, like a snub to Coubertin. Twenty thousand spectators were present at the Pershing Stadium on August 20, 1922, to applaud 77 athletes from England, Switzerland, Czechoslovakia and even the United States. Without forgetting the French of course.

Beyond the biography of Alice Milliat, this documentary rich in photos and unpublished filmed archives gives the floor to great champions (the American of German origin Kathrine Switzer, the Algerian Hassiba Boulmerka, the French boxer Sarah Ourahmoune , the swimmer and sports minister, Roxana Maracineanu) who evoke the place of women in high-level sport, the sometimes still condescending gaze of men, the obstacles that persist, the mentalities that are slow to evolve. Exciting.