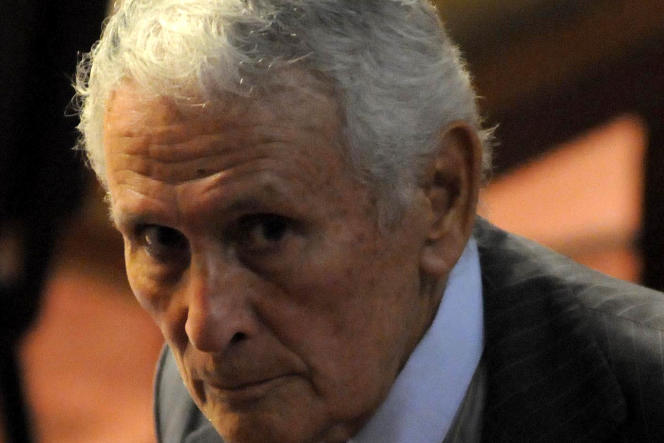 One of the most emblematic torturers of the Argentine dictatorship (1976-1983), Miguel Etchecolatz, who had been sentenced nine times to life in prison, died on Saturday July 2 at the age of 93, announced human rights organizations. He died of heart failure at a clinic he was admitted to a few days ago, according to media reports.

Former deputy police chief of the province of Buenos Aires, Miguel Etchecolatz had commanded about twenty torture camps where thousands of people were killed after being kidnapped.

“He will never have had a word for the missing,” lamented Argentine MP and left-wing activist Myriam Bregman. “Because of the position I held, I had to kill, and if I had to do it again, I would do it again,” he had said during one of his many trials.

Miguel Etchecolatz was sentenced in May by a court in La Plata, 56 kilometers southeast of Buenos Aires, for kidnapping, torturing seven people and murdering four of them, which occurred in 1976 in the clandestine detention center of La Plata.

This was the ninth life sentence imposed on Mr. Etchecolatz, who was detained in Ezeiza, south of Buenos Aires, and who had followed the verdict from a distance, hospitalized with a bout of fever. The former torturer had previously been sentenced to life in prison, alongside ten co-defendants, at the end of 2020, following a two-year trial that involved 84 cases of kidnappings, torture and murder.

One of the key witnesses to his many trials, Julio Lopez, a former detainee tortured under the dictatorship, had “disappeared” on his way to a court hearing in 2006. The disappearance of the 77-year-old mason, who had caused deep indignation, has never been elucidated.

According to human rights organizations, some 30,000 people disappeared under the dictatorship. Since the dictatorship’s trials resumed in the mid-2000s, after more than a decade of highly controversial amnesty measures and laws, some 1,060 people have been convicted of crimes against humanity.