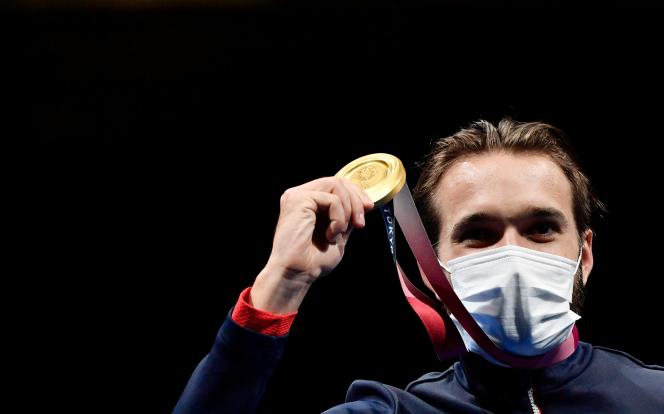 France has just won two gold medals, back to back, at the World Fencing Championships in Cairo. Frenchwoman Ysaora Thibus was crowned foil world champion on Tuesday, July 19. A few minutes later, Frenchman Romain Cannone became world epee champion, a year after his surprise title at the Tokyo Olympics. Maxime Pianfetti went for the silver medal in the saber on Monday.

Romain Cannone beat the Japanese Kazuyasu Minobe in the final, 15 hits to 12, before sharing his joy with the other epee players of the French delegation. The 25-year-old fencer, world number 1 in his discipline, was crowned Olympic champion, to everyone’s surprise, in the summer of 2021 in Tokyo, and thus confirms his new status and his domination over the world sword.

After bronze and silver, gold for Thibus

He brings France its second title in these Worlds, a few minutes after the gold, won by Ysaora Thibus. Bronze medalist in 2017 and silver in 2018, Thibus defeated, in the final, the Italian Arianna Errigo, 15 touches to 10.

The 30-year-old Guadeloupe has managed to bounce back from her disappointment in the summer of 2021 at the Tokyo Olympics, where she was knocked out in the second round of the individual tournament. Ysaora Thibus is the first French foil fencer crowned world champion since the title of Marie-Chantal Demaille, in 1971.