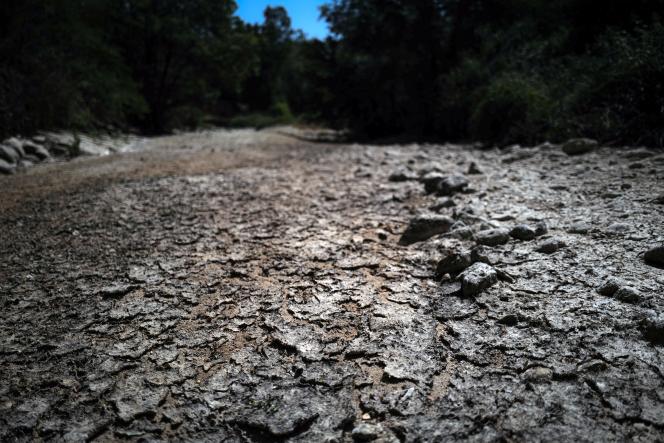 France, where temperature records should be recorded in the coming days, entered a weekend of general heat wave, Saturday July 16, while suffering fires in the South, in particular in Gironde, which devastated more than 10,000 hectares .

After hailing the “mobilization” of state services during the day, Emmanuel Macron paid tribute on Twitter, Friday evening, to the “courage” and “commitment” of the “three thousand firefighters from all over France” to fight these fires.

The burned area “will increase further” in Gironde

In Gironde, where fires have been raging since Tuesday, without causing any casualties, more than 10,000 hectares have gone up in smoke in two gigantic fires, one south of Bordeaux, the other in the forest backed by the dune of Pilat, according to the latest report from the prefecture. These two fires “have not yet been fixed”, reported the same source to Agence France-Presse (AFP), and the area burned “will increase further”, warned the prefect of the department, Fabienne Buccio.

For the first fire, located in the Landiras sector, a very wooded and sparse area about forty kilometers south of Bordeaux, the situation is still considered “very unfavorable”. Due to the winds pushing the fires to the southwest, the order was given at the beginning of the afternoon to evacuate the “village of Tuzan, the hamlet of Villagrain in the commune of Cabanac-et-Villagrain and, in the municipality of Hostens, the town and the nautical base”. “A few hundred people” are affected, Lt. Col. Arnaud Mendousse, spokesman for the fire department, told AFP.

Since Tuesday, more than 12,200 residents and vacationers have already had to leave the premises. Five emergency accommodation centers have been opened.

On the other front, at Teste-de-Buch, behind the Pilat dune, the efforts made have so far slowed the progression of the fire. “We are still, and it is a satisfaction, at 3,150 hectares burned, but the fire is still not under control”, declared in the morning to the press the sub-prefect of Arcachon, Ronan Léaustic.

“Today, we are maintaining the head of fire, especially in the south, which prevents it from progressing towards the Landes but (…) we are not immune to a recovery”, detailed the Lieutenant-Colonel Olivier Chavatte, of the departmental fire and rescue service (SDIS). “We have almost 30 kilometers of edge, so it’s a titanic job. »

In 24 hours, the Sdis “had to deal with 22 departures of forest fires in the department of Gironde”, pointed out the prefecture. Around 4 p.m., the operation secured by the police, to allow the inhabitants of Cazaux to “recover and feed their animals”, had to be interrupted due to “a fire jump on the road”. A large black plume rose again in the blue sky, noted AFP journalists on the spot.

Other outbreaks of fire have been reported in recent hours on the Lagune and Petit-Nice beaches, south of the Pilat dune, according to the mayor of Teste-de-Buch, Patrick Davet and the firefighters. The day before, some 450 families had been able to recover their personal effects in the five campsites evacuated from this same sector.

A total of 1,200 firefighters are mobilized on Saturday on all fronts. Five water bomber planes (three Canadair and a Dash) are currently flying over the areas, according to Sdis. Several voices of elected officials, including that of Jean-Luc Gleyze, PS president of the department and of SDIS 33, have risen to demand the “permanent” presence of these machines “in the largest resinous massif in Europe”. Similarly, “a large number of bulldozers” are also used to set up firebreaks (or clear cuts) to slow down and block the flames.

In addition, fallout from the smoke from the La Teste fire blackened the beaches of the Etang de Cazaux and Sanguinet, photographed and published by many people on social networks. There is “no proven toxicity” and swimming “is therefore not prohibited”, said the municipality of Biscarosse on Facebook.

On Thursday, “forest fire” vigilance had gone up a notch in Gironde, turning red (scale 4/5), as in the neighboring department of Landes since Friday morning.

Firefighters were also concentrated elsewhere in France to fight fires such as in the Montagnette massif, south of Avignon, where 650 of them remained mobilized to “monitor and deal with hot spots and the edges” of the now fixed fire, which covered almost 1,500 hectares.

The events also took a legal turn with the opening of an investigation for involuntary fire, this fire having obviously been started by a freight train. “According to testimonies, this freight train would have generated sparks on several occasions,” explained the Tarascon prosecutor. This train “caused nine fire starts,” according to Lt. Col. Pierre Bisone, saying it was “probably related to a jammed brake shoe.” Thursday at the end of the day, this fire, pushed by a south wind, had invaded Avignon with an impressive plume of smoke and a shower of ashes.

In Brittany, in the town of Verger, west of Rennes, a fire destroyed 20 to 25 hectares of vegetation on Friday, according to the Departmental Fire and Rescue Operational Center. The fire was set Saturday morning.

For the boss of the firefighters of France, Grégory Allione, this second heat wave episode in barely a month is putting the firefighters to the test. Faced with this “exceptional” season, he called on Europe 1 on Friday for “whatever the cost” in terms of civil protection”. For his part, the Minister of Health, François Braun, estimated on Friday that it would now be necessary to “get used to living with these heat waves” repeatedly.

These fires started at the start of the heat wave episode which has affected France since Monday, mainly in the west and the south, where the maximum will remain very high until the beginning of next week, with values ​​between 35 ° C and 40°C, according to Météo-France.

For this second heat wave of the year, thirty-eight French departments have been placed on heat wave orange vigilance by Météo-France until Sunday:

While the mercury often reached more than 35 ° C from the Southwest to the Durance valley on Saturday afternoon, the meteorological institute predicts a rise in temperatures on Sunday, “particularly in the Southwest, where values around 40°C will often be reached”. And “the night cooling will therefore be less”.

“Monday will mark the culmination of this heatwave episode on the western side of the country with sometimes remarkable values: 40°C will often be approached, reached or exceeded. Records will certainly be broken,” warns Météo-France.