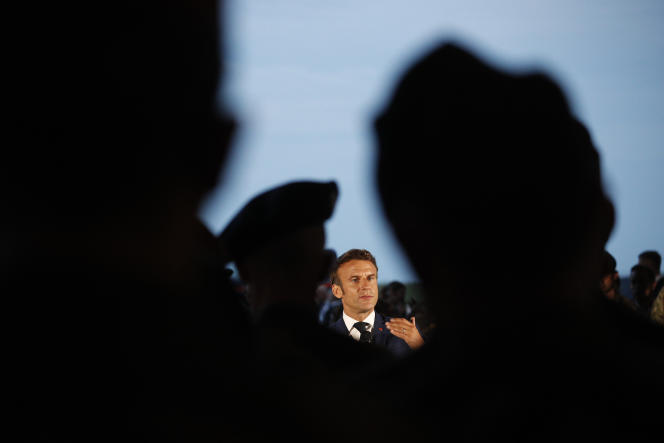 France’s greenhouse gas emissions rebounded in 2021 by 6.4% compared to 2020, due to the recovery of the post-Covid economy, but they have decreased by 9.6% since 2017, according to provisional official figures from Citepa, released on Tuesday, June 14. According to these figures posted online by Citepa, the body mandated to carry out the French emissions inventory, France emitted 418 million tonnes of CO2 equivalent in 2021.

This represents a sharp increase of 6.4% compared to the previous year, but 2020 had been marked by a massive drop in emissions (−9.6% compared to 2019) due to the paralysis of the linked economy to the Covid-19 epidemic.

“The pre-estimated rebound for 2021 does not return to the pre-crisis level: the downward trend in emissions continues”, notes without further comment the Citepa, which must publish its complete report on the French inventory in the next weeks. Compared to 2019, pre-pandemic level, emissions fell by 3.8%, and compared to 2017, the start of Emmanuel Macron’s first five-year term, the drop reached 9.6%.

“Despite the economic recovery of 2021, emissions continue to decline sharply. This is a good result, which shows that the government has initiated structural changes in our ways of producing, moving and consuming, “welcomed the government on Tuesday after the Council of Ministers. “These results are of course only one step, and it will be necessary to intensify the effort by doubling the rate of reduction of greenhouse gas emissions in the next five years,” he added.

Not enough for planet defenders

As part of the Paris agreement, which aims to limit global warming to well below 2°C compared to the pre-industrial era, if possible 1.5°C, France has undertaken to reduce its greenhouse gas emissions by 40% by 2030 compared to 1990. France was at −23% in 2021, according to the latest figures from Citepa. But these targets are supposed to be increased as part of the strengthening of European ambitions.

If French emissions had increased by an average of 0.7% per year between 2014 and 2017, the trajectory now seems to be downward, but, for the defenders of the planet, this is neither sufficient nor fast enough, as the illustrates the too slow development of wind and solar energy. And the state has been condemned by the courts for not having done enough in the fight against climate change.

Seized by Grande-Synthe, a municipality on the northern coast which considers itself threatened by rising sea levels, the Council of State had thus given nine months in July 2021 to the government to “take all useful measures” in order to bring back greenhouse gas emissions, responsible for global warming, at a level compatible with France’s objectives. The Council of State must look again at this file in the coming months.