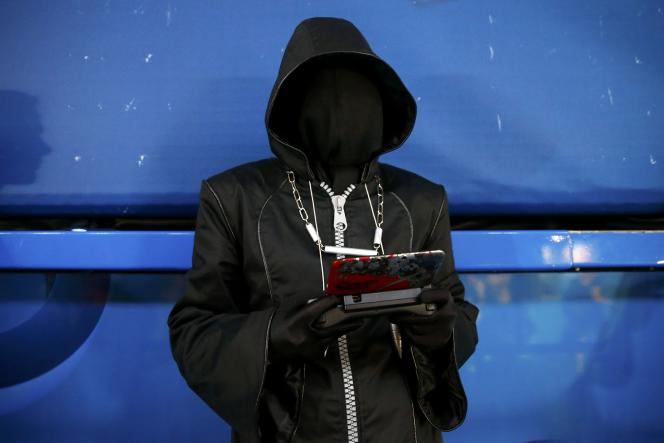 Stop being yourself. Changing body, species, perception. Become animal, thing or god. Or else, a less fantastic undertaking, migrating to a completely different culture, speaking a new language, living in a radically unusual way. Over the centuries, scores of very dissimilar explorers have attempted this same adventure, on the edge of the imaginary and the real. Creators, ethnologists, actors, mystics and others have this in common: pushing the boundaries of identity, leaving the usual self to explore unknown lands. It remains to be seen how far such a metamorphosis is possible. Two curious books now shed light on this question.

The first brings together texts, translated for the first time into French, by an atypical American ethnologist from the end of the 19th century, Frank Hamilton Cushing. At the age of 22, in 1879, the young man, inexperienced but enthusiastic, was sent on an observation mission among the Zuni Indians, on the border of Arizona and New Mexico. To understand everything, he engages in the experience of total immersion, shares the meals of the Indians, lives like them, tries to think according to their myths and their categories.

Eventually, he stayed four years, was adopted and initiated by the Zuni, and became one of their military leaders. He now calls himself Tenatsali (“Medicine Flower”), still thinking of himself as Frank Hamilton Cushing, an American ethnologist. His correspondence, his notebooks and reports describe in detail this metamorphosis of a man who gradually takes on a new face while retaining his old features. To the point of no longer knowing exactly where to stand, by dint of living between two skins.

The essay by David Berliner, an anthropologist who teaches at the Free University of Brussels, explores for his part several current attempts, playful or wacky, to get out of oneself: to become a monster or extraterrestrial by the practice of cosplay (where one plays to be the character whose costume you wear), coexist with wild animals, invent fictitious lives, move from one culture to another, etc. We discover that the borders that define us are sometimes more flexible and more porous than we say.

These games with identity are not without interest. There is a useful antidote to the current tensions leading to the belief that cultures are watertight silos, individuals are identity fortresses. However, we cannot forget the limits of these peregrinations beyond ourselves. The fluid and permanent metamorphoses are pure fantasies. If “one is not alone in one’s skin”, as Henri Michaux nicely puts it, no one ever leaves it entirely, unless they fall into madness or death. The real challenge is therefore to know how to get lost without completely getting lost. A balancing act.

Read an excerpt from “Tenatsali or the ethnologist who was transformed into an Indian” on the CNRS Editions website.

Read an excerpt from “Becoming Other” on the website of La Découverte editions.

Find here all the chronicles and articles of Roger-Pol Droit