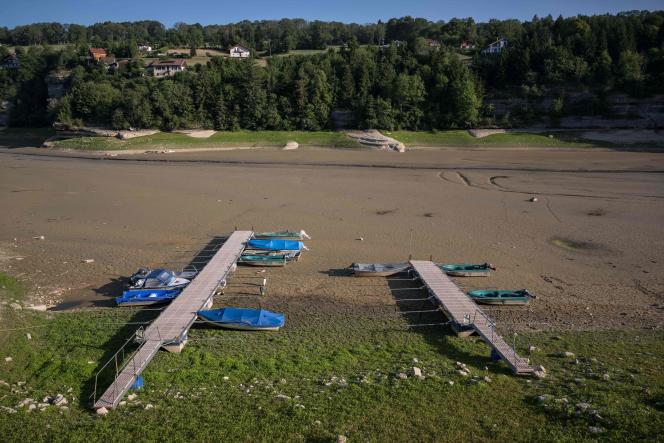 The eastern half of France will still suffer from the heat wave on Tuesday July 19, but the Atlantic coast should blow, after a complicated night in Gironde on the front of the two giant fires which have already ravaged 17,000 hectares of forest.

Fifteen departments on the Atlantic coast were previously concerned by red heat wave vigilance. Concern still present about the two fires in Gironde. The wind is likely to play an unfavorable role for the 1,700 fire soldiers mobilized. Sudden gusts of wind that can occasionally reach or exceed 60 km / h are expected between 6 p.m. and 9 p.m. on the Atlantic shore, from the south of Arcachon to the Spanish border.

Now 73 departments remain on orange alert, with rising temperatures, between 37°C and 40°C in the East. During the night from Monday to Tuesday, “a cooler oceanic air mass arrived from the west”, ending “the intense heatwave episode on the Atlantic coast”, notes the Météo-France bulletin, which specifies that “temperatures will pick up again in more eastern regions” with highs between 37°C and 40°C.

The heat wave on a national scale could last a fortnight in total, with in particular heat wave vigilance likely to persist in the south of the country, particularly around the Rhône valley.

At the end of the day, “locally violent thunderstorms” are expected over the Hautes-Pyrénées and Béarn, before progressing towards the Toulouse region, the Dordogne and the Limousin. These storms will locally cause violent gusts of wind and hailstorms, according to Météo-France.

Second heat wave of the summer

Numerous local heat records were broken on this “hottest day of this heat wave”, announced Météo-France, the second heat wave since June.

During the night, the temperatures remained very high, according to Météo-France, with an absolute record beaten in La Hague with 32.8 ° C at 3 a.m. No one is safe anymore: the peak of this 45th heat wave recorded in France since 1947 affected the entire western facade on Monday, from Landes and Gers to Finistère. Three hundred and thirteen hectares of vegetation blazed in the Arrée mountains (Finistère).

The proliferation of extreme weather events is a direct consequence of global warming, scientists say, with greenhouse gas emissions increasing in both intensity, duration and frequency. The heat wave – the second in a month – is affecting the whole of Western Europe, also sparking wildfires in Spain and Portugal. The temperature could exceed 40°C on Tuesday in Britain, a first for the country.

News Editor - July 19, 2022 0
The eastern half of France will still suffer from the heat wave on Tuesday July 19, but the Atlantic coast should blow, after a...