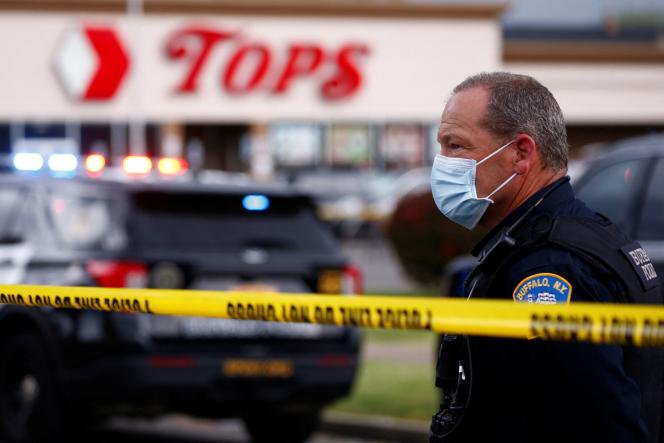 A heavily armed man dressed in combat gear opened fire on Saturday May 14 in a supermarket in the city of Buffalo, New York, killing at least 10 people and injuring three. He was quickly arrested by the police, according to local authorities.

The assailant, an 18-year-old young man whose identity has not yet been revealed, would have traveled long hours, from another county of this state, to get to this supermarket of the Tops brand. At the end of the afternoon, he first shot four people in the parking lot of the store, before going inside to continue his killing. According to local authorities, he broadcast the massacre live using a camera positioned on the helmet he was wearing.

The trail of a racist crime

According to Erie County Sheriff John Garcia, the killer’s motive was racist. “It was absolute evil,” he said during a press conference. “It was clearly a racist hate crime. The supermarket is in a neighborhood populated mostly by African Americans. Authorities say among the 13 victims were eleven black people and two white people.

The FBI has taken over the investigation. “We are investigating this incident as both a hate crime and a case of racially motivated violent extremism,” Stephen Belongia, special agent in charge of the FBI’s Buffalo office, said at a press conference.