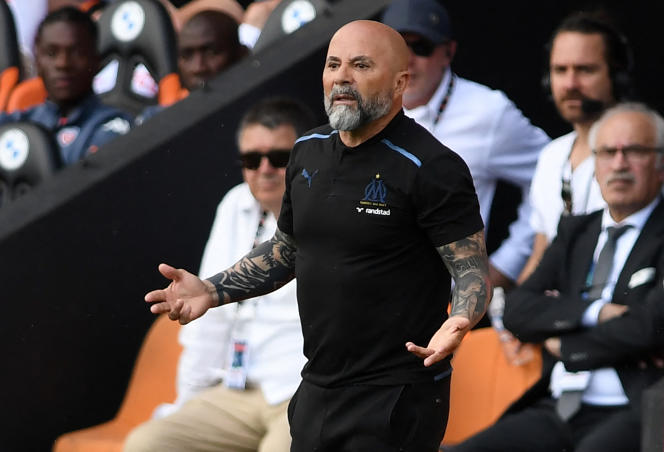 Argentinian Jorge Sampaoli, who arrived in Marseille in February 2021, is no longer the coach of Olympique de Marseille (OM), the club announced on Friday July 1, speaking of a “joint decision”.

“We are satisfied with the progress made and the emotions experienced together, but, following a long reflection, the two parties, who are acting in the interest of the Olympique de Marseille project, have agreed to put an end to this step,” OM wrote in a statement. The president of the latter, Pablo Longoria, will give a press conference at 5 p.m.

With Sampaoli, OM finished second in Ligue 1 last season and therefore qualified directly for the Champions League. But, as early as May, the Argentinian had sent a very clear message to his leaders as to his imperatives on the transfer window.

Reputed to be very demanding in terms of recruitment, the coach had stated in particular:

“Do we want the Champions League for the money or to be competitive in it? This is the most important thing for the president, owner and coach to know: to know why we are setting this goal. You have to know if there is the possibility of creating a Champions League team. Because playing the Champions League means playing against great teams. Coming to play a few games and not really being part of the competition seems illogical to me. »

For the moment, OM have only recruited two central defenders, Samuel Gigot and the young Isaak Touré. The club also lost two indisputable starters, William Saliba, who returned to Arsenal, and Boubacar Kamara, who left for Aston Villa.

Jorge Sampaoli, 62, arrived in Marseille after the resignation of André Villas-Boas, which concluded a chaotic cycle, marked by the attack on the Commanderie training center by supporters and the replacement of Jacques-Henri Eyraud by Pablo Longoria.