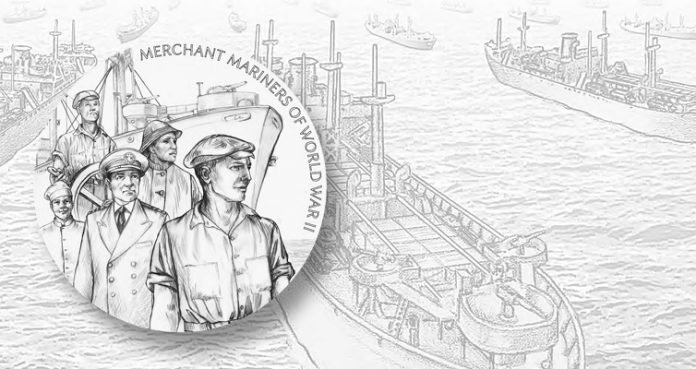 Proposed designs for its congressional gold medal to honor Merchant Mariners of World War II were advocated March 18 from the Commission of Fine Arts and March 23 from the Citizens Coinage Advisory Committee.

The panels believed 15 obverse and 13 invert designs, implemented by members of the U.S. Mint engraving personnel and exterior Artistic Infusion Program artists, along with both panels agreed in their selection of layouts.

The advised reverse design portrays a convoy of Liberty boats in columns extending to the horizon as every steams ahead to finish its assignment. A barbell for”Victory” is superimposed supporting the inscription FULL AHEAD TO VICTORY.

Both advocated designs are the tastes of the liaison in the American Merchant Marine Museum.

Following the gold decoration is officially introduced by the congressional direction, the medal will be hauled to the museum for research and display and made accessible for display elsewhere.

It costs over $30,000 to create each decoration, based on U.S. Mint officials.

The layouts accepted by Treasury Secretary Janet Yellin or her designee will be sculpted from the Mint’s engraving staff.