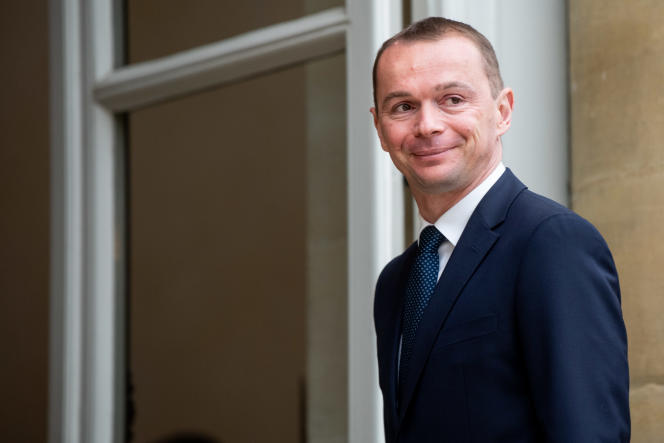 Olivier Dussopt, Minister of Labour, Full Employment and Integration of the government of Elisabeth Borne, gathered 29.97% of the votes during the first round of the legislative elections. Candidate in the 2nd constituency of the Ardèche under the colors of the presidential majority, he will face Christophe Goulouzelle (23.57%), candidate of the New Popular Ecological and Social Union (Nupes), during the second round, which will be held on Sunday, June 19.

The Minister of Labor is well established in this territory, where he was elected deputy in 2007, 2012 and 2017 under the colors of the Socialist Party, and mayor of Annonay for nine years (2008-2017). However, he changed his political affiliation by joining the government of Edouard Philippe at the end of 2017, and now chairs Territories of Progress, a party on the left wing of the majority.

Coming from a modest family, a graduate of Sciences Po Grenoble, Mr. Dussopt had Benoît Hamon and Martine Aubry as mentors. In 2016, he took a step to the right by supporting Manuel Valls in the primary on the left. A connoisseur of local authorities, he will be rapporteur for two important texts of François Hollande’s mandate: the 2014 law on metropolises and that of 2015 redrawing the regions.

In Macronie, Olivier Dussopt earns his stripes by carrying out the delicate reform of the public service with the unions. The text, which provides in particular for the increased use of contract workers, was voted on in the summer of 2019, without any major social upheaval.

Described as a hard worker, this minister with an austere look, with a thin voice and a jerky delivery, will not, in the end, implement the abolition of 120,000 civil servant posts promised in 2017 by Emmanuel Macron and abandoned after the crisis. “yellow vests”. But it is natural that he succeeds Mr. Darmanin, during the July 2020 reshuffle, as Minister Delegate in charge of Public Accounts. The “whatever it takes” policy put in place to protect the economy during the Covid-19 pandemic has just started.

President of the microparty Territory of Progress, satellite of the presidential party, Olivier Dussopt was regularly cited as one of the members of the government appreciated by the Head of State. The latter had even mentioned him by name during the press conference detailing his presidential program on March 17. If he wants to remain Minister of Labor in the Borne government, Mr. Dussopt will have to win on Sunday, June 19, because, as in 2017, members of the government who are candidates for deputy will have to resign in the event of failure.