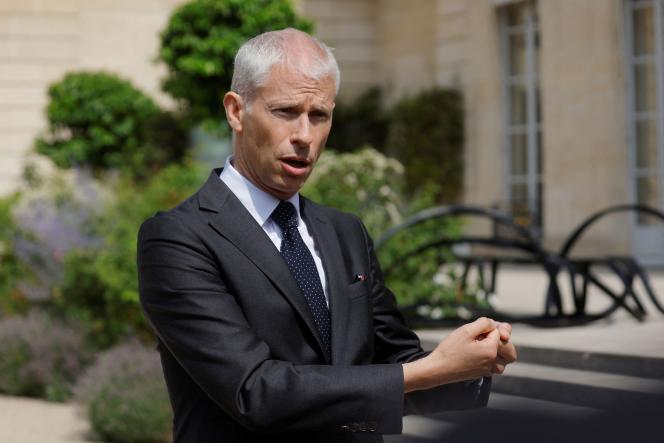 He will occupy one of the most strategic positions of this five-year term. The deputy of Seine-et-Marne Franck Riester (Renaissance) is the new delegate minister in charge of relations with Parliament, announced the Elysée, Monday, July 4. He takes the place of Olivier Véran, appointed government spokesperson. It is Mr. Riester who will have to make the link between the government and the deputies in a National Assembly fragmented into ten groups and where the presidential coalition has lost the absolute majority.

While the hope of a coalition with one or more parties, as the President of the Republic, Emmanuel Macron, wished, seems to be waning, Mr. Riester will be one of the majority negotiators to try to wrest majorities by convincing for each text of the deputies going “from the Communist Party to the Republicans”, excluding La France insoumise and the National Rally, as desired by the Head of State. A task that promises to be daunting as Together! – which includes the Renaissance (ex-La République en Marche, LRM), Democrat (MoDem and independent) and Horizons and related groups – has 250 deputies, far from the 289 necessary to have an absolute majority.

Founder of the Agir party

Elected deputy in the 5th constituency of Seine-et-Marne since 2007 (he was re-elected on June 19 with 53% of the vote), Mr. Riester was part of the contingent of right-wing elected officials who joined Mr. Macron in 2017, while not joining LRM. In the fall of 2017, he founded, with nineteen members from the Republicans, including Thierry Solère, the center-right party Agir, which he places both “in the opposition and in the majority”. Mr. Riester took over the presidency at its founding congress in September 2018, before entering the government for the first time as minister of culture.

While Agir created a new group in the National Assembly in May 2020, Mr. Riester was appointed in July 2020 Minister Delegate in charge of Attractiveness and Foreign Trade following the arrival of Jean Castex at Matignon. A few weeks ago, he was reappointed to this function in the first government team of Elisabeth Borne, before being appointed, Monday, to the ministry in charge of relations with Parliament.