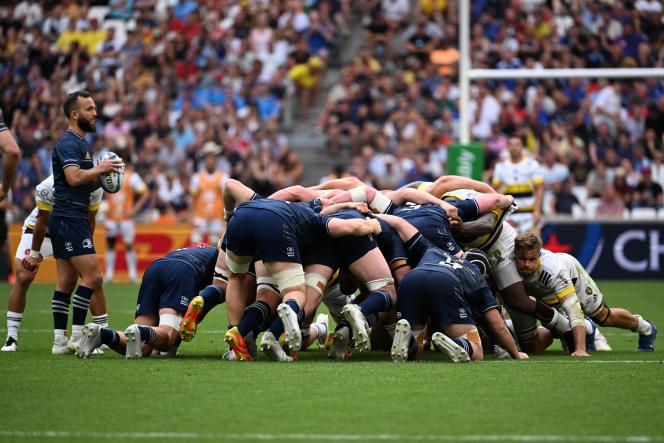 For several months, the rumor of an expansion of the Six Nations Tournament came back, incessant. With the idea of ​​seeing South Africa participate in the annual meeting of European rugby, after the 2023 World Cup. This option is, for the moment, not relevant according to the officials of the Tournament. But that won’t stop South African rugby from entering Europe: six South African franchises will compete in European club competitions next season.

The organizers of the European rugby cups thus announced on Thursday 2 June that the Cape Stormers, the Pretoria Bulls and the Durban Sharks would be engaged in the Champions Cup (won on Saturday 28 May by La Rochelle), while the Johannesburg Lions and the Bloemfontein Cheetahs would evolve in the European Challenge (won this season by Lyon).

The first three named have already been playing the United Rugby Championship (URC) since last season with Irish, Welsh, Scottish and Italian provinces. The Stormers (2nd in the URC), the Bulls (4th) and the Sharks (5th) therefore qualified for this title, alongside the Irish of Leinster, Munster and Ulster, the Scots of Edinburgh and of the Welsh of the Ospreys. The Lions finished 12th in the URC and will contest the Challenge.

“This is a crucial step in realizing our vision for the development of rugby and our own tournaments, continuing to deliver strong commercial revenue to our leagues and creating an ever higher level of exciting matches for our fans. “, added the boss of the organizing body.

EPCR Managing Director Anthony Lepage is delighted to welcome “such famous and well-followed South African franchises” to the European Cups. He believes this “will take these competitions to a new level in elite rugby, with the best South African players now able to compete against the best French and English players”.

“We are very excited to raise the bar even higher next season, with matches featuring South African World Cup winners, in addition to the European stars who are already rocking the stadiums,” said he added.

“It’s not the European Cup anymore”

EPCR is due to announce next season’s formats “soon”, along with details of the pool draws for both tournaments, scheduled for the end of the month.

“Our five franchises will now play in two new territories against opponents we have never faced before. We have experienced the intensity of the URC before and now we will also face the best clubs from England and France,” said FA SA chief executive Jurie Roux.

This enthusiasm is not necessarily shared by everyone. The president of La Rochelle, Vincent Merling, freshly champion of Europe, thus denounces “a loss of identity”. “Let me be clear, I am not at all, at all in favor of South Africa entering the European Championship. Now that South Africa is in the Champions Cup, it’s no longer the European Cup. It is a favorable response that we offer to Celtic rugby who ardently wished for it, but, for the president of Stade Rochelais that I am, I do not understand, “he assured on the eve of the announcement.

Clément Poitrenaud, the back coach of Stade Toulouse, also believed at the beginning of May that this integration “distorts the competition”.

On the other hand, the president of Bordeaux, Laurent Marti declared to Sud Ouest that these franchises “will bring a new breath: we will face a rugby which is still world champion, one of the strongest on the planet! We will be able to set up trips and partner operations that will be stronger.