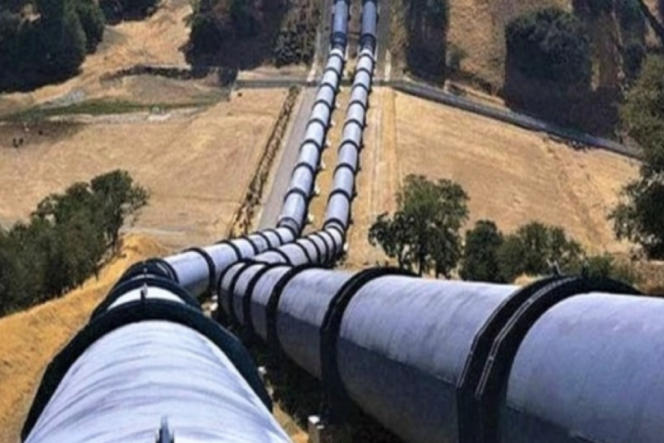 Spain began, for the very first time, to transport gas to Morocco through the Maghreb Europe (GME) gas pipeline, assuring that it was not Algerian gas, while Algeria does not supply plus the GME to Spain since the end of October 2021 against the backdrop of the diplomatic crisis.

“Based on trade relations and good neighborliness, yesterday [Tuesday] saw the first shipment by the Maghreb gas pipeline of LNG [liquefied natural gas] previously acquired by Morocco on international markets and landed in a regasification plant Spain,” sources from the Spanish Ministry of Ecological Transition told AFP.

Spain announced in February that it would re-export gas to Morocco via the GME, which Algeria has no longer supplied to Spain through Moroccan territory since the end of October 2021 due to a diplomatic crisis around of Western Sahara. “A certification process guarantees that this gas [shipped from Spain to Morocco] is not of Algerian origin,” the same source told AFP.

Algiers had threatened in April to break its contract to supply gas to Spain if Madrid were to transport Algerian gas “to a third destination”, an implicit reference to Morocco.

A year of diplomatic crisis between Madrid and Rabat

Enagás, manager of the Spanish gas network, has the task of “verifying the origin of the LNG tanker transporting the gas” purchased by Morocco and, after unloading it, issues a certificate with “the relevant data, thus avoiding that either exported gas that was not unloaded for this purpose, “said sources from the Ministry of Ecological Transition.

But the fact for Spain to transport gas through this gas pipeline is anything but trivial in the context of the very complicated relations with Algeria and Morocco. The reaction of Algiers will therefore be watched with attention in Madrid.

The Algerian government has been very angry with Spain since the executive of socialist Pedro Sánchez decided in March to support the Moroccan autonomy plan for Western Sahara, a former Spanish colony, in order to put an end to almost year of diplomatic crisis between Madrid and Rabat.

In response to this about-face, Algiers had recalled its ambassador to Spain and Sonatrach, the Algerian hydrocarbon giant, had not ruled out raising the price of gas delivered to Spain.

Algerian authorities also suspended a cooperation treaty with Spain in early June, while a key banking body in Algeria announced restrictions on business transactions with Madrid.

Spain’s dependence on Algerian gas has been significantly reduced since the shutdown of the GME, but almost a quarter of the gas imported by Spain still came from Algeria in the first quarter, compared to more than 40% in 2021, according to the Spanish gas network operator. This gas is delivered to Spain by the Algerian hydrocarbon giant Sonatrach through the undersea gas pipeline Medgaz which directly connects the two countries.