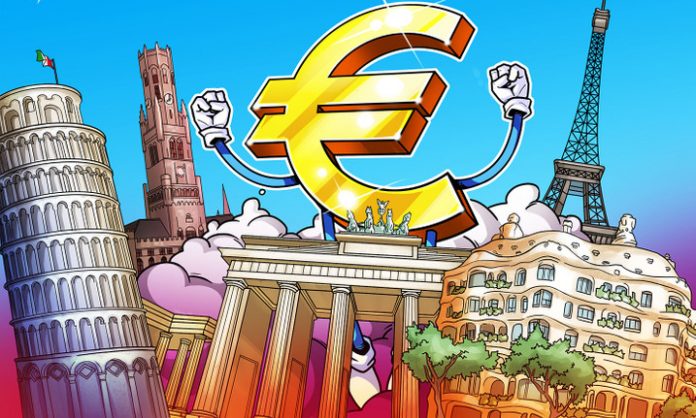 The digital euro’s underlying architecture will have a minimal environmental impact compared to Bitcoin or other crypto-assets.

The European Central Bank (ECB) joins the growing list of crypto-friendly financial establishments . It announced that it “launched a project to prepare possibly issuing a virtual euro.”

“We will examine how a digital Euro could be created and distributed to all citizens of the euro area.”

A press release dated July 14 stated that the investigation phase for a digital euro project has been launched by the ECB’s governing body. This phase will last two years. During this time, Eurogroup will create a digital currency that is based on users’ preferences and technical advice from merchants and intermediaries.

The official statement of the ECB highlighted more insight and their success in identifying ways to protect its user’s privacy in line with GDPR requirements. They also added:

“It also showed that the infrastructure’s energy requirements would be negligible when compared to the energy consumption of crypto-assets such as bitcoin ( BTC).

Fabio Panetta (ECB executive board member) clarified that the success and viability of the digital currency will depend on its value to “people, merchants, and financial intermediaries within the euro area.”

The United Arab Emirates announced a similar timeline and expressed interest in creating a digital version for its fiat currency. The three-year plan covers 2023-2026. The Central Bank of the UAE aims to be one of the world’s top financial leaders.

Bank giants all over the globe are becoming more interested in exploring different types of crypto assets. This is a trend that will become increasingly common in 2021. Pham Minh Chinh, Vietnam’s prime Minister, asked the State Bank of Vietnam for permission to test its own digital currency.

While the crypto ecosystem is facing a lot of resistance from mainstream governments, they are cautious about not missing the underlying innovation. Bitcoin will redefine banking as more and more people share an interest in digital currencies.