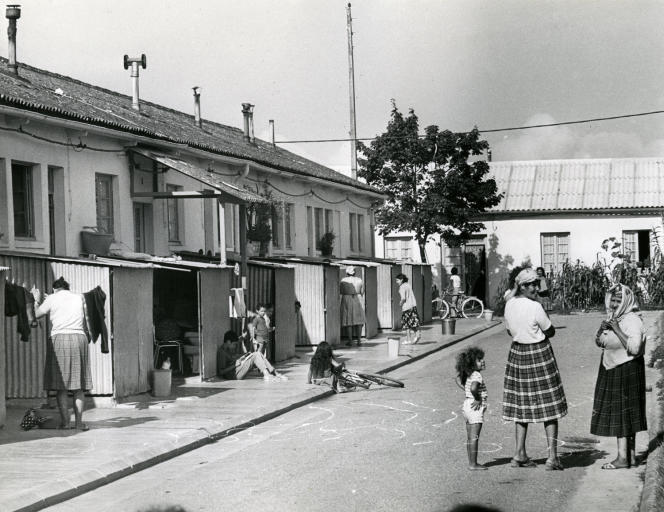 Traitors in their country, pariahs here. Such is the fate reserved for the harkis, these Algerians who fought on the side of the French during the Algerian war (1954-1962), whose history Isabelle Clarke and Daniel Costelle retrace. Drawing on exceptional archival footage, testimonies from former harkis, army executives and historians, the duo, who for years have explored contemporary history through hard-hitting films (including the Apocalypse series), discusses the subject in a clear, honest and nuanced way.

“If the previous generation flushed out the ghosts of Vichy, I think that ours and the next will be interested in those of the Algerian war, explained Isabelle Clarke, in 2010. Our objective is not to denounce, but to question ourselves, to understand and to start a dialogue. The authors worked with the historian Jean-Jacques Jordi (From Exodus to Exile. Repatriated and Pied-noirs in France, L’Harmattan, 1994; Les Harkis, une mémoire buried, with Mohand Hamoumou, Otherwise, 2008). The commentary is read by actor Saïd Taghmaoui, an Algerian immigrant.

The injury. The tragedy of the harkis should make it possible to overcome still tenacious prejudices and to better understand what pushed these some 200,000 “French Muslims of Algeria” to side with the “colonizers”. A commitment experienced in Algeria as a betrayal and which cost the lives of tens of thousands of them at the time of independence. Those who, to escape the massacres, emigrated with their families at the same time as the French soldiers left the territory were treated, in France, like cattle, penned up in camps like that of Rivesaltes (Pyrénées-Orientales), making their difficult integration.

This story remains a wound on both sides of the Mediterranean. “The harki problem touches on the question of Algerian national identity. Any form of understanding vis-à-vis the harki phenomenon would be experienced as a sort of rehabilitation of the colonial system. In order for us to achieve this story, we need to hear the voices of the harkis and their children even more, “explains historian Benjamin Stora, one of the speakers in the documentary, author, in 2021, at the request by Emmanuel Macron, a report on colonization and the war in Algeria.

This is one of the strengths of this film: we hear the words of former harkis who explain in what circumstances they joined the French army, tell how they lived these years of combat against brothers, cousins . We can see again on video the beautiful fiction of Alain Tasma, Harkis (2006), which recounts with emotion and realism the drama experienced by these pro-French Muslims after the Evian agreements of 1962.