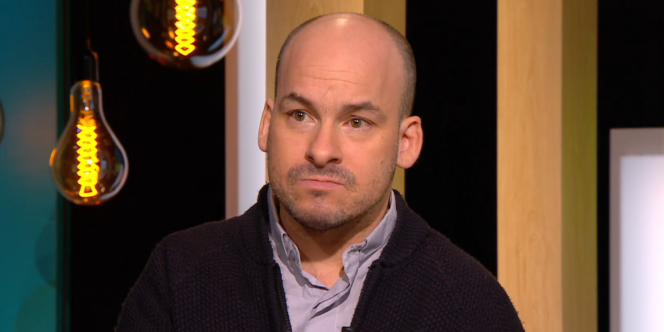 Swiss philosopher and writer Alexandre Jollien is under investigation in Paris after a complaint for sexual assault and exhibition was filed in June 2021, the Paris prosecutor’s office told Agence France-Presse on Friday June 10 (AFP). ), which confirms information from the Parisian. The investigations have been entrusted to the police station of the 5th arrondissement of Paris and are “in progress”, added the prosecution.

The 46-year-old philosopher, severely handicapped by cerebral palsy, “totally disputes” these accusations, said his lawyer, Philippe Guillemard. “I have never imposed anything on anyone of a sexual nature,” the philosopher said in a written exchange with Le Parisien, a copy of which was obtained by AFP.

In the columns of the newspaper, a former trainee from the publishing house Les Arènes accuses him of having sexually touched him in a Paris hotel room, during work sessions, during the summer of 2015 According to his account, Mr. Jollien also asked him to give him a hand massage – which he accepted – and repeatedly offered to undress – which he refused.

“My point is fair to say that I was harassed”

In the exchange quoted by Le Parisien, the writer admitted to having found himself once naked in front of the trainee, in the presence of other collaborators during a working session. The young man, then aged 20, said he spoke about it within the publishing house but did not file a complaint at the time. “I do not blame Alexandre Jollien for his desire. (…) My point is fair to say that I was harassed,” the young man told the daily.

Me Guillemard said he had “the impression that the timing is not spontaneous: there is a will to harm”. “People who know him know it’s kindness itself. [The facts denounced] are in total contradiction with who he is and what he was able to express through his writings, he is very concerned about others and respect for the law,” added the council, specifying that his client had not yet been heard.

The lawyer for the former intern could not be immediately reached. Asked by AFP, the writer’s current publisher, Gallimard, where he went after the alleged facts, did not wish to comment on the case.

Alexandre Jollien, married and father of a family, is the author of successful books such as L’Eloge de la weakenite (Cerf, 1999) and Le Philosophe nu (Seuil, 2010). He was recently on the poster for the film Almost, alongside his friend Bernard Campan, actor and director.