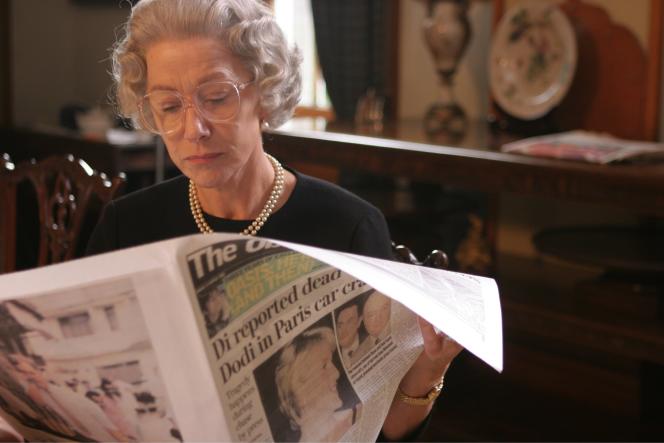 The rise of Elizabeth II corresponded with the rise of television: in 1953, her coronation was one of the first cathodic feasts in the global village. And now the cinema celebrates, with humour, severity and acuity, the catastrophe which marked the long reign of the daughter of George VI.

The Queen, by Stephen Frears, meticulously chronicles the week from Sunday August 31 to Saturday September 6, 1997, from the death of Lady Diana Spencer in Paris to her funeral in Westminster Basilica. Helen Mirren plays the role of the sovereign and her work won her the Volpi Cup for Best Actress at Venice in 2006 and the Oscar in 2007.

You have to see the film to take the measure of its richness. It is first of all due to the intelligence of Peter Morgan’s screenplay, which combines the nosy curiosity of contemporary journalists with the psychological solidity of the great Victorian novelists. He pays the same attention, both scrupulous and passionate, to his characters. Stephen Frears’ understated direction uses the sets (the quaint pomp of the Scottish Balmoral castle and the chaotic family interior of the Blair family’s 10 Downing Street) to stage the film’s fundamental opposition, between a woman, the Queen, who is the product of history, and a man, Tony Blair, who invented himself with the help of a few advisers.

The cast, impeccable, does justice to this complexity. The royal family is painted without excess of charity: Prince Philip of Edinburgh (James Cromwell) is an insensitive ganache who drags his grandsons on a stag hunt to make them forget their mother’s death; Sensitive yet powerless Prince Charles (Alex Jennings) tries to find an ally in Tony Blair (Michael Sheen), and the Queen Mother (Sylvia Syms) proves that gin keeps but doesn’t. hardly develops the love of others.

In Downing Street, Tony Blair, who has just been elected, continues to take the measure of his role. Sheen succeeds in deciphering the Blair mystery, this mixture of voracity and seduction, of Catholic goodwill and ruthless ambition.

This gallery of beautifully drawn figures only comes into its own from the brilliance of the royal performance. A priori, one would have hesitated to raise Elizabeth II to the dramatic rank held, through Shakespeare, by her great (and indirect) ancestors, from Henry II to Richard III.

Peter Morgan may not be Shakespeare, but Helen Mirren is well worth her royal predecessors, from Garrick to Laurence Olivier. It highlights the breastplates with which his character has surrounded himself over the course of his life as a monarch, to strip himself of them in a sequence all the more moving since, up to this point, Stephen Frears has handled feelings with a restrained more than British, preferring humor and irony.