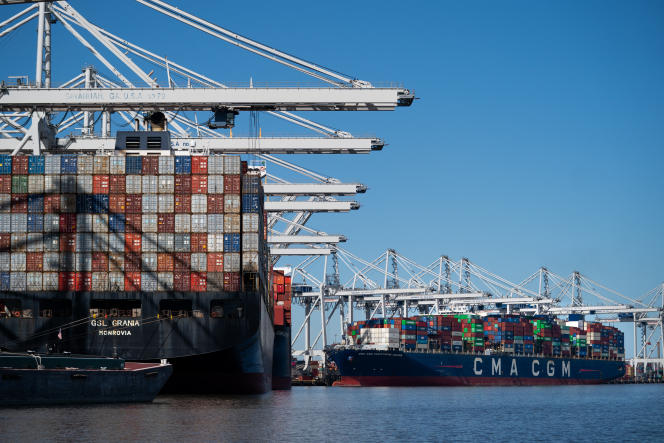 We knew that the CMA CGM group was engaged in a long-term strategy to develop air freight. By signing a “strategic partnership” for an initial period of ten years with Air France-KLM, the world’s third largest container shipping company is taking a major step. The two carriers will pool their cargo aircraft networks and associated services, with, they assure, “a strong investment ambition” in this activity.

Eventually, their all-cargo fleet will increase from ten to twenty-two aircraft, installed at Paris-Charles-de-Gaulle and Amsterdam-Schipol. “This partnership is part of our ambition to become a leader in integrated logistics”, and more resilient in the face of crises, explained Rodolphe Saadé, CEO of CMA CGM, on Wednesday May 18. For his part, the general manager of the Franco-Dutch company, Ben Smith, hopes to “take full advantage of the complementary skills” of the two companies, which each have a strong signature in the global freight market.

The Covid-19 crisis convinced Mr. Saadé to push forward the development of air transport and, beyond that, of the entire supply chain, from factories to the end customer. In 2020, he had negotiated a 30% stake in the air division of the Dubreuil group (Air Caraïbes and French bee), before deciding to fly alone. In March 2021, he created the Air Cargo division, a “major step” in logistics development, notably with four Airbus A330s. Since then, he has ordered four A350Fs from the European aircraft manufacturer and four 777 freighters from the American Boeing.

CMA CGM is taking advantage of the explosion in freight prices and its generous profits – 17 billion euros in profit in 2021 – to accelerate its development in logistics. After having invested to save Brittanny Ferries, he announced, at the beginning of April, the takeover of the carrier Gefco, the former subsidiary of PSA which became Stellantis, after that of Ingram Micro or Colis Privé. In 2019, he took over the Swiss CEVA Logistics.