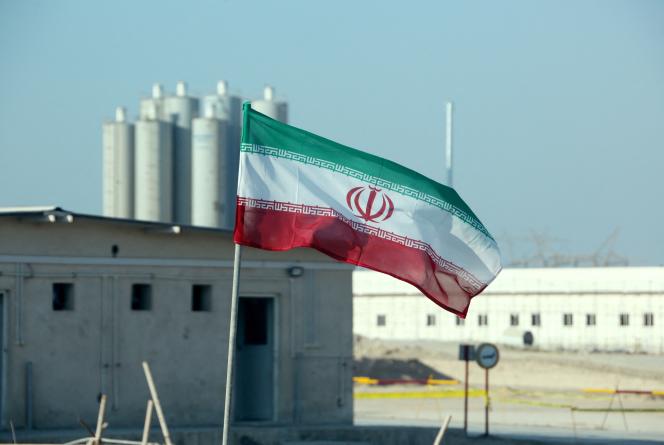 The tone is rising in the Iranian nuclear dossier: the Board of Governors of the International Atomic Energy Agency (IAEA) adopted by a large majority, on Wednesday evening June 8, a resolution formally calling Iran to order for his lack of cooperation.

The text tabled by the United States and the E3 (United Kingdom, France and Germany) is the first reprimand against Tehran voted at the UN agency since June 2020, against a backdrop of the escalation of the Iranian nuclear program and the impasse negotiations to resuscitate the 2015 agreement.

He urges Iran to “cooperate” with the IAEA, which in a recent report lamented the lack of “technically credible” answers regarding traces of enriched uranium found at three undeclared sites. Of symbolic significance at this stage, the resolution may be the prelude to a transmission of the dispute to the United Nations (UN) Security Council, empowered to impose sanctions.

In a joint statement, the four countries “welcomed” the results of the vote and urged Iran to “respect its legal obligations”. The resolution was approved by thirty members of the Board of Governors meeting in Vienna, with only Russia and China voting against, according to two diplomats interviewed by Agence France-Presse (AFP). Three countries also abstained (India, Libya and Pakistan).

Israeli Prime Minister Naftali Bennett welcomed a “major decision that exposes the true face of Iran”, seeing it as “a warning signal”.

“Iran has no hidden nuclear activities or unreported sites,” Mohammad Eslami, head of the Iranian Atomic Energy Organization (AEIO), said on Wednesday, accusing the West of wanting to “maintain maximum pressure” with this “political” resolution.

In response, the Islamic Republic had disconnected, even before the vote, “several cameras” on “nuclear sites” in the country, according to an IAEO statement. “Today, the relevant authorities were instructed to turn off the online enrichment monitors (OLEMs) and cameras from the agency’s flow meters,” she said.

The Iranian organization, however, added that “more than 80% of the agency’s existing cameras are operating in accordance with the safeguard agreement and will continue to operate as before”. Its spokesman Behrouz Kamalvandi, who visited a site to witness the stoppage of cameras, warned that “other measures were being considered”.

Washington immediately warned that this decision risked “further complicating” the talks in Vienna, already suspended since March. This act is “extremely regrettable” and “counterproductive”, reacted a spokesman for American diplomacy interviewed by AFP. “Iran’s response should be to cooperate fully” with the IAEA, “not to further expand its nuclear activities and reduce transparency.”

Since January 2016, the UN police have been verifying and monitoring the implementation of the commitments made by Iran under the agreement concluded the previous year in Vienna with the major powers. The pact, known by its English acronym JCPOA, granted the Islamic Republic sanctions relief in exchange for restrictions on its nuclear program.

But Washington withdrew from the agreement in 2018 under the presidency of Donald Trump, judging the text insufficient, and reinstated economic sanctions against Tehran, which in response gradually freed itself from its commitments.

The current American president, Joe Biden, being him favorable to the JCPOA, negotiations started in April 2021 in Vienna between the E3, Russia and China to try to relaunch it, but seem more and more dedicated to the failure. The United States participates indirectly.

During debates before the Board of Governors, London, Paris and Berlin denounced “an advanced nuclear program as never before”, and activities “without credible civilian justification”.

According to the latest IAEA estimates, Iran will soon have accumulated enough 60% enriched uranium to build a bomb. And Tehran, which denies any military aim, has informed the agency of its intention to further expand its enrichment capacities at the Natanz site (center), according to information from the IAEA presented to the Council on Wednesday.

“We urge Iran to stop its escalation and urgently conclude the deal that is on the table” to resuscitate the 2015 pact, the Europeans insisted.