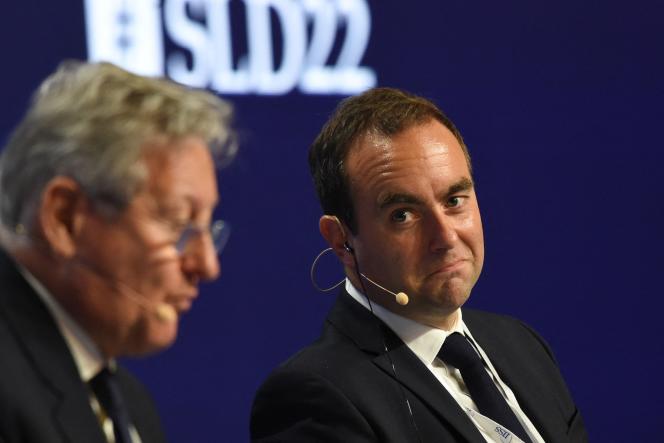 France officially wants to turn the page on the painful episode of the rupture in September 2021 by Australia of the 56 billion euro submarine contract which had opened a crisis between Paris and Canberra. After the formalization, Saturday June 11, of the agreement finally reached, after eight months of negotiations, with the French manufacturer Naval Group, France “takes note”, according to the expression of the Minister of the Armed Forces, Sébastien Lecornu, in Singapore , where the Shangri-La Dialogue, a major forum on security and defence, was held. This “will allow us to look forward,” added the minister.

Falling overnight from Friday to Saturday June 11, this agreement, which was the subject of meticulous discussions bordered by armies of lawyers, was announced by the new Australian Prime Minister, Anthony Albanese, from the newly elected Labor government. A deal worth 555 million euros which he presented as “fair and equitable”. Words taken up by Naval Group, Saturday, in a press release confirming this statement and welcoming in passing the work of its teams during the five years which preceded the rupture, that is to say some 350 employees in Australia, and 650 in France.

“It’s rather good news that it ends fairly quickly, rather than going into litigation that could last for years”, commented to AFP David Robin, central union representative in Cherbourg (Manche) following of the announcement of this agreement. Since the termination of the contract, “we have bounced back well” and “we also do not despair of having another export contract as we had for Brazil, India, Malaysia”, he said. added. The sale of these twelve conventionally powered submarines represented around 10% of Naval Group’s activity, which had already earned some 840 million euros since the signing of the contract.

The Australian taxpayer will not have been spared by this change of footing of the previous government, that of the Conservative Scott Morrison, when it rallied to a new strategic alliance with the United States and the United Kingdom, called Aukus, which sacrificed the French ships. With these 550 million euros, Canberra will have spent a total of more than 4.2 billion dollars on a stillborn program. Since the intergovernmental agreement between France and Australia in 2016, large sums have indeed been committed to support both the cost of managing the program (salaries, subcontracting, etc.), the construction of the shipyard in Adelaide, or the design and engineering part of Lockheed Martin, which was to supply the combat system for the submarines.

Beyond the industrial consequences, the loss of this contract was above all a diplomatic and strategic blow for France in an area, the Indo-Pacific, where maintaining its anchorage is difficult because of the distances. Hence the eagerness, on Saturday, of the new Minister of the Armies, Mr. Lecornu, to pass the towel. France appreciates its “friendship” with Australia, he said in particular. “Just because a government in history has broken its word doesn’t mean we have to forget our strategic relationship,” he added as his counterpart, Mr Albanese said he would surrender. soon in France to “reset” the Franco-Australian relationship.

For France as for Australia, the challenge is to manage to remain credible military powers in the face of Chinese expansionism, particularly in the maritime domain. This is the reason given by Canberra to justify its termination of the contract with Naval Group, considering that it should rather acquire nuclear-powered submarines, deemed more enduring and discreet, thanks to technology sharing with the United States. United. Today, however, great uncertainty remains about the deadline by which Canberra will actually be able to obtain these new submarines.

During his trip to Singapore, Mr. Lecornu recalled the various programs launched to modernize French military equipment between the Indian Ocean and the Pacific, where France has, via its overseas territories, 1.6 million inhabitants, 9 million km2 of exclusive economic zone (EEZ) and 7,000 soldiers (2,350 for the South Pacific alone). “There are fears among our partners who wonder if the crisis in Ukraine could divert us from the Indo-Pacific, could lead to the French Republic reneging on its commitments in the Indo-Pacific, it does not is nothing,” he clarified.

From 2023, New Caledonia and then French Polynesia are to benefit from two new overseas patrol boats of the Félix-Eboué class, designed for the high seas and long distances. This modernization process must also concern naval aviation, with the arrival, from 2025, of longer-range aircraft and drones. These devices should improve the performance of the French forces in the maritime surveillance, rescue and intelligence missions already carried out, but also possibly in anti-ship and anti-submarine warfare if the circumstances so require.