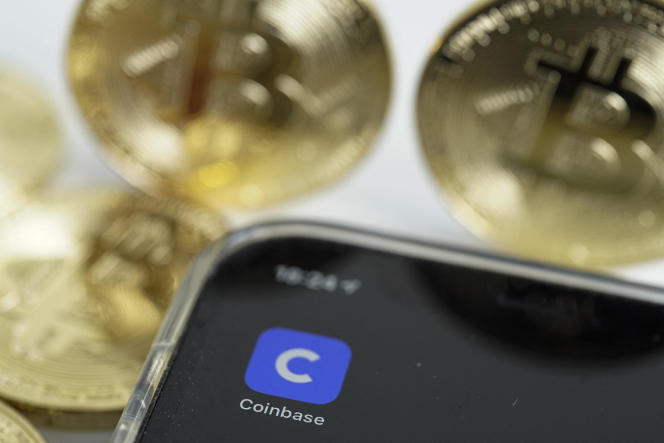 With its three letters, the acronym TFR arouses fear among crypto-asset players in France: it designates the Transfer of Funds Regulation, a set of texts whose new version must be discussed, Wednesday, June 29, during a trilogue between the European Parliament, the European Commission and the European Council. On Thursday, it will be the turn of another project, Markets in Crypto-Assets (MICA), to come under the microscope of European authorities. These two texts are intended to regulate this new class of assets and, even if only working versions – and therefore subject to change – have been made public, they have already triggered several debates.

The TFR aspires to further control the flow of funds in cryptocurrencies and euros within digital asset service providers (DSPs), such as the Coinhouse, eToro or Binance platforms. It also aims to identify the holders of private wallets by strengthening identity verification procedures (KYC, for Know Your Customer) and anti-money laundering (AML, for Anti-Money Laundering).

In the sights of the European executive: money laundering therefore, and more broadly, the financing of illicit activities. If, in France, certain PSANs such as Coinhouse have already set up verification processes along the same lines, the TFR would make it possible to require it from all European players.

Introduced in September 2020 by the European Commission as part of its strategy on digital finance, the MICA aims, for its part, to establish a general legal framework for NASPs. The idea is to harmonize the rules at European level: the text is inspired in particular by the Pacte law, adopted in 2019 in France and a pioneer in terms of regulation in this sector, which obliges crypto-asset platforms wishing to operate in France to register with the Financial Markets Authority (AMF). A procedure, however, deemed insufficient by the regulator himself, as Robert Ophèle, President of the AMF, explained in May during the presentation of the institution’s annual report:

“Our compulsory registration system, which makes it possible to identify the actors and to verify that the basic elements are indeed present, namely the mechanisms for the fight against money laundering and the financing of terrorism and the good repute of the leaders and persons that control the provider, does not constitute a complete supervision framework. »

The regulations sought by the MICA therefore aspire to bring the sector closer to the requirements already imposed on the banking sector: the obligation to inform consumers (production of a white paper, description of the technologies used, description of the risks linked to trading and the offer of tokens, etc.) or the capital requirement of a variable amount depending on the type of service provider. “These are financial assets (…). It is absolutely necessary to clean up this market in order to be able to protect consumers, ”declared the economist and MEP Public Square, Aurore Lalucq, at the microphone of France Culture, on June 22. A position aligned with that of the AMF, which, in an email to Le Monde, “calls for regulation at European level, which is the relevant level”.

At the level of French PSANs, such as Coinhouse, the prospect of a European framework is welcomed: “The regulation of players at European level is obviously necessary. This is a request that has been made for a long time”, explains Romain Saguy, commercial and marketing director of Coinhouse. But the latter fears the possibility of “regulation more repressive and restrictive than that which applies to the banking sector”.

Because there are points of disagreement, starting with certain provisions of the TFR, which would require service providers to trace transactions related to their users. However, one of the interests of blockchain technology, on which cryptoassets are based, is precisely to allow their owner to keep them without the services of a third party, unlike accounts hosted in a bank. In addition to the bureaucracy involved in collecting this information, the crypto sector deplores a disproportionate disposition and widespread suspicion. The proportion of exchanges related to illicit activities, which the TFR intends to help detect or prevent, is currently estimated between 0.62% and 9.9% of the total number of transactions in cryptoassets according to a report by the Group of financial action, while TracFin makes in its March 2022 newsletter “a high estimate of the value of these suspicious flows at 5.1% of trade”.

NFT and “stablecoins” in debate

Another source of discord, this time linked to MICA: the regulation of “stablecoins”, these digital tokens issued by private actors and whose value is backed by a traditional currency, such as the dollar or the euro. In the United States, the question of the equity of Tether and Circle, two issuers of stablecoins, arises regularly. In South Korea, the debacle around the experimental stablecoin Terra, which claimed, before the full decline of its value, to be able to fix its price using an algorithm, has finished triggering the ire of regulators.

With the MICA, the latter would plan to regulate the issuance of stablecoins by a maximum quantity of tokens put into circulation – behind the scenes, the number of 200 million is mentioned. An “incomprehensible” threshold, for Alexandre Stachchenko, co-founder of Blockchain Partner and the Association for the Development of Digital Assets (ADAN), who believes with Le Monde that “the use of a European stablecoin would be an armed wing of the monetary sovereignty”. At a time when the American firm Circle is preparing to launch its own token backed by the euro, without any cap, European players in the sector believe that the limit envisaged by the MICA would, in fact, lead to unfair competition.

Finally, the possible inclusion within the text of NFTs, these non-fungible tokens used as a certificate of ownership, is also a sticking point: crypto players are concerned that they may also be considered financial assets, despite very varied uses (video games, art, identification, real estate, etc.). For Alexander Stachchenko, this would constitute “a breach of equality before the law” since two owners of paintings, for example, would not suffer the same treatment depending on whether their title of ownership is traditional or in NFT.