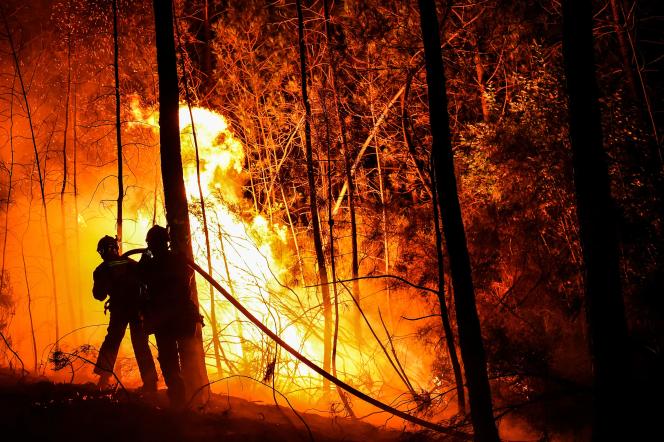 They prepare for another day of struggle with 700 men and women on site. The large fire which has already burned more than 600 hectares of vegetation since Thursday evening in the north of Gard “is still active” Friday morning, according to firefighters.

“It’s continuing, but the fire is progressing more slowly and fortunately no longer threatens homes,” explained a spokesperson for the Gard fire department early Friday morning, adding that many edges of the fire remained “not accessible”. He added that the air assets had resumed the drops, with two Milan engaged from 6 a.m., barely daybreak on Friday.

The fire broke out around 5 p.m. Thursday in the hamlet of Bordezac, on the edge of the Ardèche, north of Alès. The inhabitants of this hamlet as well as some others from Bessèges had to be evacuated Thursday evening, and a hundred people were relocated, according to the prefecture.

‘Thousands of hectares at risk’

Gard firefighters were quickly joined by columns from other departments, to reach a total of 700 firefighters and rescuers, according to a tweet from civil security, which adds the intervention of 7 Canadair, 3 Dash , 2 Beech, as well as the Dragon 131.

At midnight Thursday, firefighters reported “thousands of hectares at risk” in this heavily wooded area, the fire being fanned by extreme weather conditions: strong winds and very dry trees.

The sub-prefect of Alès, Jean Rampon, feared Thursday evening “a spectacle of desolation” in the morning, and feared an overflow of fire on the other bank of the Cèze, “where 10,000 hectares had burned in 1985”. Thursday, multiple other fires started in Gard and Bouches-du-Rhône, fortunately most were fixed before nightfall.

Hundreds of firefighters fight against a “megafire” in the Gard, “still...