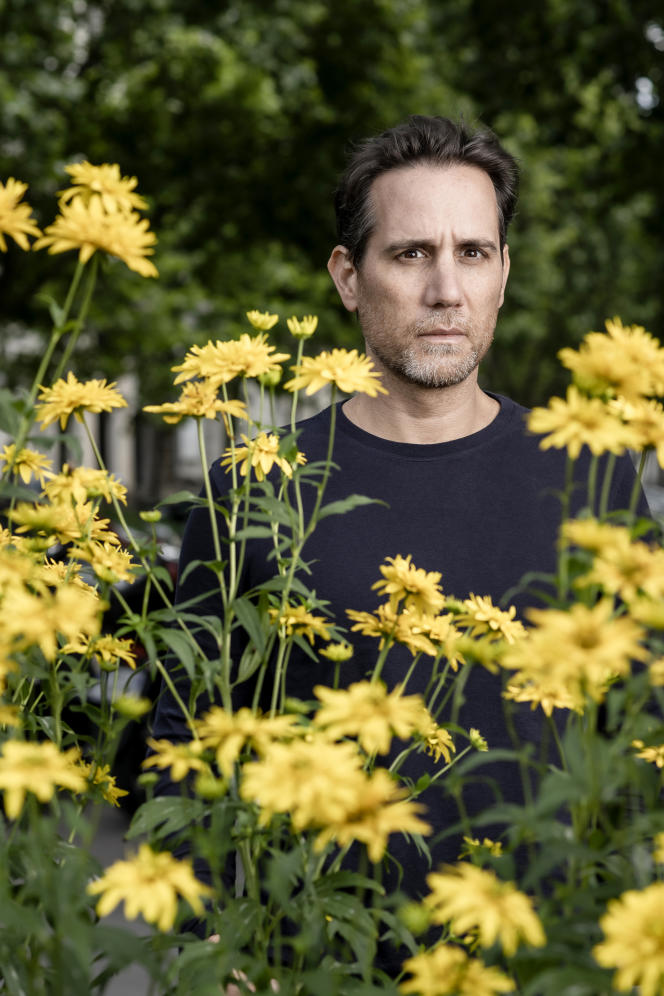 In June, the disappearance of journalist Dom Phillips and researcher Bruno Pereira in the Javari Valley made headlines in Brazilian media and beyond. In this hard-to-reach region live isolated peoples, under constant threat from gold miners, hunters and illegal fishermen. Their territory suffers the ravages of deforestation, drug trafficking and crime. Pedro Cesarino knows this area of ​​lawlessness on the edge of the Amazon, where he made his first trip in 2004 and which inspired the setting of his first novel, The Birdcatcher, now translated.

The writer, then 27 years old, had just abandoned his studies in philosophy at the University of Sao Paulo to devote himself to anthropology. His research focuses on shamanism and the great oral texts he translates, as well as the cosmology and mythology of the Marubo people. “I’ve always been interested in non-Western worldviews and language, especially Native Americans and Africans. These two traditions are at the source of Brazil, but philosophy ignored them. For a Brazilian, it’s paradoxical: can you give your whole intellectual life for a partial and hegemonic thought, which has colonized the world? “, remarks, in French, the anthropologist and writer, during a remote interview with “Le Monde des livres”.

Embark for the Javari Valley, on the Itaquai River

Pedro Cesarino’s thought was forged in the intellectual environment where he grew up, between an anthropologist mother and a psychiatrist father, both involved in the founding of the Brazilian left at the end of the dictatorship, in the 1980s. grandfather, Antonio Cesarino Jr, was the first black professor at Sao Paulo Law School, the same university where he teaches anthropology, indigenous art and literature today.

In 2004, Pedro Cesarino was still a young research student. He embarked for the Javari Valley, on the Itaquai River. Suddenly, he has the sensation of “switching to another plane of existence”. “In the Amazon, time flows in a different way from our domesticated time, tuned for the flow of capitalism,” he recalls. In the city where he stays on the edge of the deep forest, he sees both the solution and the end of the world: there the possibility of living without destroying nature and the scars of mining coexist. He also sees the brutal relationships that white Brazilians have with Native Americans.

Like the hero of The Birdcatcher, who came to seek from the shaman of a tribe the complete story of the last Amazonian myth, the young Pedro Cesarino finds himself out of step with this violence. Weakened by fever, he goes for a walk in nature, a habit that the Marubo do not understand. They never wander aimlessly in the forest, and especially not alone. Inhabited by trees and animals that are as much subjects as man is, the forest is potentially dangerous on a physical level, but above all a metaphysical one. “A jaguar attacking a man may be a person who wants to seduce him into a relationship,” Cesarino explains.

The nature in which the anthropologist of The Birdcatcher rushes escapes Western conceptions. It is neither completely dominated, nor totally wild or external to man. “Archaeology has shown that the Amazon is not a primary forest. Native Americans modified and planned it – not in the industrial sense of course, but for human action, he recalls. However, they do not control it. Hence the need to establish a diplomatic mediation relationship with the forest, animal society and the spiritual communities associated with them. »

If it diffuses a disturbing atmosphere throughout the book, the misunderstanding between the hero and the Amazonian tribe also leads to funny scenes. Thus the request of the Amerindians, who demand that the anthropologist bring them this Discovery rocket they heard about on the radio so that they can move faster than in a canoe. This anecdote actually happened to the author. His hero also bears the brunt of the mockery of his hosts. “Humour is a constant in interactions between foreigners and natives,” he says. These interactions are rather amusing, especially when the anthropologist is clumsy. They reveal the critical gaze that the natives cast on the foreigner. A person who is out of place, lost between worlds, they find that comical. »

If the setting and the atmosphere of the Javari valley strongly inspire his first novel, Pedro Cesarino makes a point of specifying that the book is not autobiographical. Fiction offers him a way to continue his reflection on anthropology while addressing a wide audience. He chose to write about a fictional people in order to speak generally about the question of Amerindian otherness as it arises today in Brazil. “The subject of the book is not a fictional people, but the relationship between the white or Brazilian researcher and the Amerindians, in particular their different conception of friendship. »

“A kind of learning, a questioning”

From the point of view of the Native Americans that the researcher knew, this is a lasting bond that cannot end once the field study is completed. In this difference in expectation lies “the key to defining a new, more respectful relationship with the Native American people”, according to Pedro Cesarino. A relationship that would not be built on “the general image of the savage, the other, the ‘Indian’, but rather on a kind of apprenticeship, a questioning”.

The hero, narcissistic and melancholic, of The Birdcatcher still seems far from this revolution. “He insists on getting the shaman’s story, he thinks he will get it because he knows the people and the language. But everything escapes him, as in the Greek tragedies. Does this mean that this character allows him to criticize anthropology as a discipline? He is asked about “the Frenchman” of whom the character constantly thinks, and who is none other than Claude Lévi-Strauss (1908-2009).

If Cesarino recognizes that the latter founded an intellectual conception of Amerindian mythological thought, he does not feel any affinity with the figure of the anthropologist whom he created and who, according to him, lived. “Anthropology is not an explanation of the thinking of the other,” he asserts. It is about thinking in a boundary relationship between two distinct modes of knowledge. One way to achieve this is the translation of Amazonian oral texts. Because that is exactly where the radical difference of thought is found. »

Thus, an anthropologist wishing to do a thesis in the Amazon today must create a form of partnership in which the Amerindians are authors like him. “You have to think about how the thought is going to flow. This is a major political and epistemological change. Which Cesarino accompanies as much in his academic work as in fiction: after two short stories on the Amazon and the pandemic, his next novel will take him back to the Javari Valley, to the site of the ongoing “catastrophe” .

2010 He teaches anthropology, literature and indigenous arts at the University of Sao Paulo.

2011 Oniska, a bilingual collection of indigenous songs and an in-depth study of shamanism, receives the Jabuti prize for human sciences.

A blunderer in the hostile forest

Pedro Cesarino’s stunning debut novel isn’t just the desperate, wacky Conradian tale of an anthropologist desperate to collect the last great unsung myth of the Amazon: that of the “bird catcher.”

As soon as the canoe of the zealous researcher and his crew enters the deep forest, the book takes place like a disruption of the senses, a blurring of landmarks, a stoppage of time. Not only do Native Americans fail to understand the haunting quest of this melancholy, lonely man – what does he want from “this difficult”, “dangerous” story, which, according to the ancients, “destroys everything”? –, but he himself begins to doubt the honesty of these people who nevertheless consider him as a relative, a friend.

The reader, in all this, oscillates between fascination with this hostile forest, populated by otters and jaguars, who are gods and men, and the fear that the hero will perish – from disease, sexual frustration or paranoid madness. .

Who should fear whom? Annoyed by the anthropologist’s insistence on snatching the complete story of the “bird catcher” from the pagé (the shaman), desperate for this researcher who goes on blunders, we end up being trapped with him, in this place where other forces operate that cancel all the boundaries that we have patiently built between human, animal and nature, between myth and reality.

“We continue upriver under overcast skies. Ina tries to blow on the clouds and send them to the other side of the Earth. Soon a storm broke and we took shelter under the awning of the canoe, trying to protect our cargo with pieces of linoleum and banana leaves. I huddle between my knees. The sound of the river and the rain renders any reflection useless. The mind slips in the current to probably end up in the sea. I think about sex, again and again, I think about the fact that I will have to once again and for quite a while content myself with my imagination, surely tired to respond to this type of request. Through my knees, I can make out a detail of Ina’s mother’s large breasts, wet with rainwater. I better close my eyes and let the time pass. » The Bird Catcher, page 48

News Editor - July 17, 2022 0
In June, the disappearance of journalist Dom Phillips and researcher Bruno Pereira in the Javari Valley made headlines in Brazilian media and beyond. In...