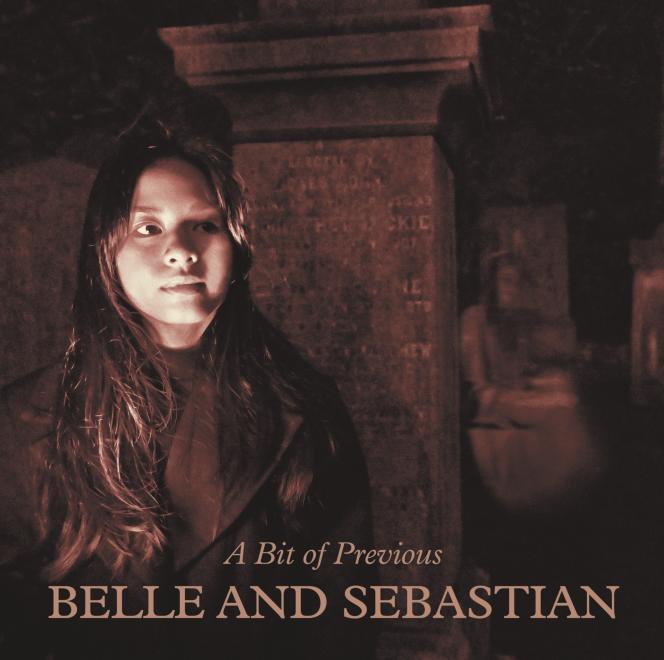 The Music section team offers you a selection of albums, published in May and which have been appreciated and reviewed in our pages. In order of release: the eleventh studio album (excluding anthologies of unreleased and rarities) by Scottish group Belle and Sebastian, in the freshness of their debut in the late 1990s; works by composer César Franck (1822-1890) by pianist Tanguy de Williencourt with the Flanders Symphony Orchestra conducted by Kristiina Poska; singer Leyla McCalla’s exploration of her Haitian roots; the masterful new album from Californian rapper Kendrick Lamar; the reunion in band The Smile of Thom Yorke and Jonny Greenwood of Radiohead with drummer Tom Skinner of Sons of Kemet; bassist Avishai Cohen’s return to trio form with piano and drums; the subtle first album by Jeanne Barbieri and Marie Schoenbock, who unite their voices within JeanneMarie.

« A Bit of Previous », de Belle and Sebastian

What a joyful introduction is the song Young and Stupid, with the violin of Sarah Martin, followed by If They’re Shooting at You, its choirs and discreet winds! The Scottish group Belle and Sebastian reminds us of the seductive freshness of their debut in the late 1990s (the albums Tigermilk and If You’re Feeling Sinister, in 1996, the first three EPs, the album The Boy With the Arab Strap , in 1998).

And if two or three of the compositions of this new album, A Bit of Previous, have a slight electro touch, we tend to go towards pop, by its share of sweetness (Deathbed of My Dreams, Sea of ​​Sorrow) or gladness. So pop, sometimes rock, like in Talk to Me, Talk to Me, which should hit the mark at concerts, and Unnecessary Drama, a bit soulful, with Come On Home, or in psychic touches in A World Without You, sung by Sarah Martin. And, always, the charm of the voice of the leader, Stuart Murdoch. Sylvain Siclier

The bicentenary of the birth of César Franck (1822-1890) succeeds the centenary of the death of Camille Saint-Saëns (1835-1921), two comparable musicians on many points, since the revelation as a young prodigy of the keyboard (piano and organ ) until his consecration as head of school and creator with titanic objectives. We therefore think of Saint-Saëns when listening to Les Djinns, the symphonic poem that opens this Franckist panorama, but even more of Franz Liszt, both for the genre and for the language.

Very theatrical, the work inspired by the famous poem by Victor Hugo makes the piano soloist a credible actor but tends a little too much to entrust the orchestra with a backdrop. Written the same year (1884), the Prelude, Choral and Fugue seems much more accomplished. It contains the quintessence of the art of César Franck, both an inspired architect and a pragmatic builder. Tanguy de Williencourt shows himself to be all-powerful, in the gradation (the Chorale is sublime) and in the projection (the Fugue is stunning). It is no less impressive in the other two pieces of the program, Symphonic Variations with mood changes well rendered by Kristiina Poska and a surprisingly radiant Prelude, Aria and Finale. Pierre Gervasoni

« Breaking the Thermometer» by Leyla McCalla

We can never say enough about the influence of grandmothers. Born in New York to exiled Haitian parents, Leyla McCalla knows what she owes to the one she would visit in Haiti when she was a child. So she puts it first in the acknowledgments on the liner notes of her fourth album. It was this grandmother who sowed in her the traces of what was to turn into a passionate quest. The singer, songwriter and musician (mainly on banjo and cello) had never gone so far in questioning her Haitian identity as through this new project, for which she delved into the archives of Radio Haiti. , which was the first station to broadcast in Creole on the island, defying the censorship of oppressive regimes.

Soundtrack enriched with a work originally designed for the theater, the album connects or alternates sound archives, snippets of interviews and beautiful songs and folk melodies, his own or borrowed as so many tributes to their creators, such as Nan Fon Bwa, composed by Frantz Casseus, or Pouki, by Manno Charlemagne, a title she performs in duet with Mélissa Laveaux. Patrick Labesse

Winning return for the Californian rapper. He hadn’t released an album in five years. Introspective and dense, his new opus returns to his childhood wounds, his role as an artist and father. Released four days earlier and masterfully orchestrated, the single The Heart Part 5 seemed to pave the way for an album worthy of his 2015 To Pimp a Butterfly, recorded with musicians such as Kamasi Washington and Thundercat. But in reality, if this new album released Friday, May 13 has a big brother, it’s Good Kid, M.A.A.D City (2012).

Very rap, very introspective, built in two parts, it summons the English trip hop of Portishead – the singer Beth Gibbons is present on the remarkable Mother I Sober; the haunting vocals of Londoner Sampha on Father Time; or Wu-Tang Clan elder Ghostface Killah for Purple Hearts. Each of the eighteen titles of the album is composed with several people – with Soundwave, Boi-1da, Duval, J.LBS, The Alchemist… A collective work in the service of a poet, spokesperson for a generation which claims its right to complexity, to nuance, boos cancel culture and does not hesitate to criticize itself. Stephanie Binet

« A Light for Attracting Attention », de The Smile

Two first singles, You Will Never Work in Television Again, with post-punk bile, and The Smoke, funk with raw bass, gave hope for a carnivorous smile for this tight Radiohead-like formation. To fill their confinements, singer Thom Yorke, guitarist Jonny Greenwood, their usual accomplice director Nigel Godrich, and a newcomer, Tom Skinner, of the jazz group Sons of Kemet, left aside the other members of the Oxford band – Ed O’Brien, Colin Greenwood and Phil Selway – who have not reunited since A Moon Shaped Pool (2016) to record what is now The Smile’s debut album. Picked from Radiohead’s unfinished repertoire, a third single, Skirting on The Surface, found a spectral evanescence, as the band has produced a lot since OK Computer (1997).

That feeling of “already heard” runs through A Light for Attracting Attention. More cocky than biting, this smile plunges back into the anxiety-provoking mists that are often crossed. Sometimes flatly (The Same, Waving a White Flag), often brilliantly (Pana-vision, superb lookalike of Pyramid Song; Speech Bubbles and its elegiac song carried by strings). Similarly, Thin Thing takes their stinging guitars unimaginatively to the side of krautrock, when The Opposite adds a really stinging groove. More surprising is the way Yorke and Greenwood reconcile with pop melodies in the uplifting We Don’t Know What Tomorrow Brings and a bucolic ballad, Free in the Knowledge, worthy of Neil Young. Or Radiohead from Fake Plastic Trees. Stephane Davet

After the album Two Roses (2021), with pianist Elchin Shirinov, drummer Mark Guiliana and the Gothenburg Symphony Orchestra, double bassist, bass player and singer Avishai Cohen returns, in Shifting Sands, to the piano, double bass and drums trio that he has practiced regularly since his debut as a leader in the late 1990s. This time with Elchin Shirinov and drummer Roni Kaspi, born in 2000. A revelation.

Apart from an arrangement of a traditional Sephardic song, Hitragut, the nine other titles are written by Avishai Cohen, always attentive to the melodic looseness and who, in this form of the trio, strives to enhance interactions, collective developments . Which, here, are often carried away by the fiery playing, of great musicality, of Roni Kaspi (the pulsation of the cymbals in Intertwined or The Window, his reminders during Joy or Video Game). All deeply jazz, from inspirations that come from classical music (Dvash, Kinderblock), Middle Eastern music, pop, Afro-Cuban (Cha Cha Rom). S. Yes.

“My skin”, by JeanneMarie

The singers Jeanne Barbieri and Marie Schoenbock have combined their first names to find the name of their duo. They also unite their voices, in curves, volutes, superimpositions, sometimes one barely taking precedence over the other, often in perfect harmonic reconciliations. They are accompanied by Grégory Dargent, who plays keyboards, guitar, bass.

JeanneMarie’s songs often talk about the body, when it reflects feelings (Tears), states (Asthmatic and its breaths mixed with vocal impulses), when it responds to desire (Decipher me), is set in motion (Faces lying) , evokes sensuality (My skin). If everything here seduces, the exact musical atmospheres in relation to the texts, the voices, the instrumental subtleties, we are more particularly carried away by the superb Drowning, by Déchiffre-moi, Larmes, Ma peau or Emily, this last song led by an ostinato melodic-rhythmic which, little by little, will swell and swallow up. S. Yes.