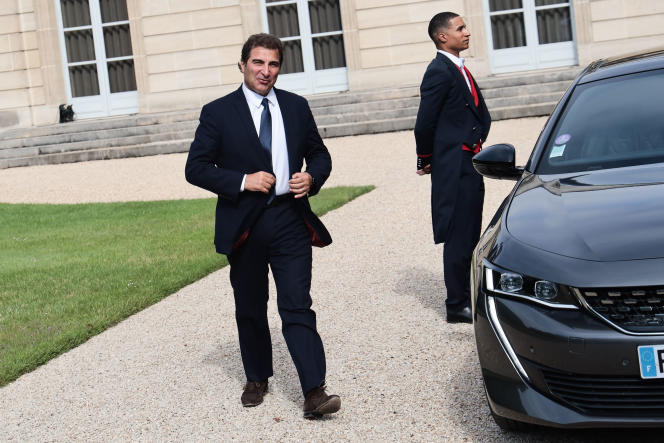 The president of the Republicans (LR), Christian Jacob, who had announced his intention to leave office at the beginning of July, leaves the head of the party on Friday, learned Agence France-Presse, Thursday, June 30. As provided for in the statutes of the right-wing party, he will be replaced by the deputy vice-president, Annie Genevard, who will take office from Monday.

Arrived in October 2019 at the head of LR, Mr. Jacob, 62, also gave up his seat as a deputy in the last legislative elections. He remains, despite everything, substitute for his successor, Isabelle Périgault.

Mr. Jacob, who celebrated his departure at LR headquarters on Thursday, is due to leave in July for London, where he will take English lessons, the party said.

Other movements within the party

Former mayor of Provins, he was first elected in 1995 in the 4th district of Seine-et-Marne, with an interruption between 2002 and 2007, when he became minister. This Chiraquian chaired the UMP then LR group in the National Assembly for nearly nine years, from 2010 to 2019, when he took over as party leader.

Elected after the resignation of Laurent Wauquiez a few months after LR’s heavy defeat in the Europeans (8.5%), he then said that he would not be a presidential candidate.

Other movements are to be expected within the party. The current director of communications, Cécile Richez, will become general manager from September. She succeeds Jean-François Verdier, who will join her administration.

Ms. Richez will be replaced by former journalist Marie-Eve Malouines, who until now was in charge of communication for Ms. Genevard.