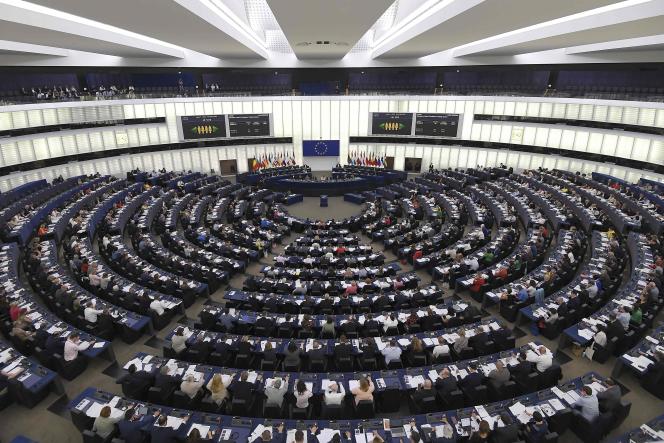 It was not considered ambitious enough by the Greens and the left: a key text on the reform of the European carbon market was rejected on Wednesday June 8 by MEPs in plenary session.

This text, which provides for the expansion of the market for trading CO2 emission quotas, but also the abolition of free quotas for European manufacturers and the introduction of a carbon tax at the borders of the European Union (EU ), was rejected to everyone’s surprise by 340 votes (265 were in favour, 34 abstained), with Green and left MEPs castigating the proposals of the European People’s Party (EPP, pro-European right) and Renew (centrist and liberals) on the timetable and the objectives.

This rejection will lead to a renegotiation of this pillar of the EU climate plan in parliamentary committee. The European Parliament was to vote on Wednesday on eight of the fourteen texts of the roadmap proposed in July 2021 by the European Commission to reduce the EU’s greenhouse gas emissions by 55% by 2030, compared to to 1990.

“Thunderbolt!” The majority must review its copy (…) because of rules that are not ambitious enough. The climate does not wait,” commented MEP Karima Delli (Greens). “What a terrible day. It’s a shame to see the far right vote with the Socialists and the Greens,” retorted Peter Liese (EPP), rapporteur for the rejected text, in a very electric atmosphere in the hemicycle of the European Parliament, in Strasbourg. . The German MEP called for the text to be revised in parliamentary committee to propose a revised version for a subsequent vote, which a large majority of MEPs approved.

The legislative proposal submitted to MEPs regarding the carbon market reflected a compromise reached between the EPP, the main force in Parliament, and Renew. In particular, it provided for a 63% reduction by 2030, compared to 2005, in emissions from sectors subject to the European carbon market: better than the target proposed by the Commission (−61%), but down sharply from report to the vote of the Committee on the Environment (−67%).

It also adjusted the timetable for eliminating the free emission quotas granted to European manufacturers, as imports into the EU of polluting sectors will be taxed on the basis of the European price of CO2. An amendment to the text, pushed by the EPP and adopted on Wednesday, demanded that these free quotas be maintained in the EU until 2034, in the name of business competitiveness.

It also pushed back the full implementation of the border carbon tax to 2034. Previously, the Environment Committee had voted for this “border adjustment” to apply in full from 2030 (five years earlier than the Commission proposed) and that free allowances be abolished from that date. The final text including these arbitrations provoked strong opposition from the Greens, S