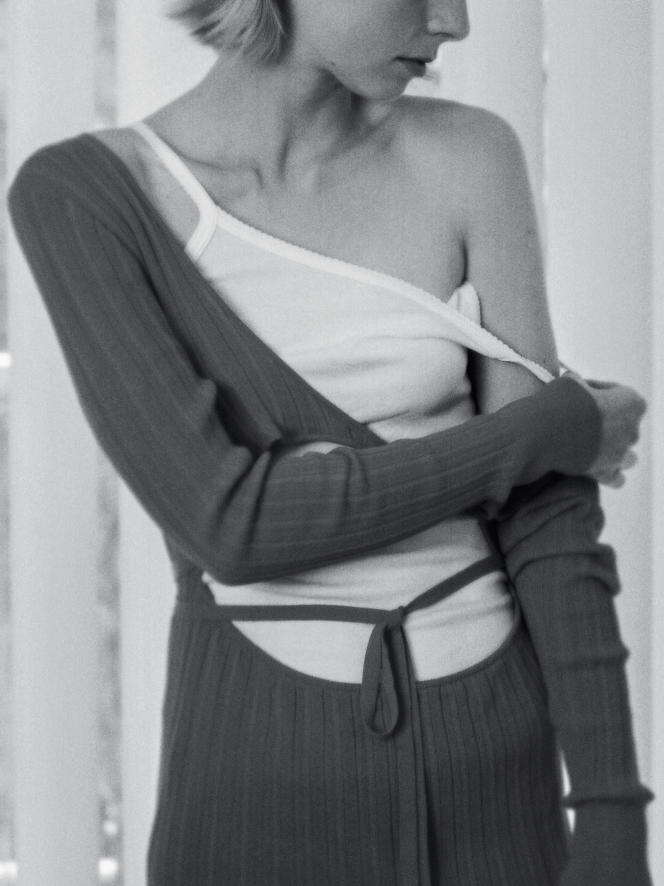 To admire a bare shoulder or two, all you have to do is push open the door of any church or art gallery in Italy. Faced with the women and fashions of past centuries, the permanence of wide necklines and adjustable shirts with a cord that considerably opens the neckline and undresses the throat, we come to wonder why modernity wanted to dress up all that.

At the Palazzo Barberini, in Rome, La Fornarina is the portrait, attributed to Raphael, of a young woman, a mysterious “baker”, whose jeweled ribbon on her left arm strangely resembles a lowered suspender, completely revealing a breast that is a veil don’t try to cover.

In the 20th century, not worrying about a slipping strap finds a very special illustration in the film Flashdance (1983), by Adrian Lyne, which relaunched a period of wide necklines on a planetary scale. In the 1990s, Courtney Love and Kate Moss spent their lives letting the straps of their babydoll lead theirs.

In parallel with the grunge and the tight little tops with extra thin straps that will soon invade the show “Top 50”, all the female stars of the teenage series and half of the rap are working to popularize the half-buckled overalls. To cite just one, let’s remember Tiffani Thiessen, alias Kelly Kapowski, head cheerleader of the American series Saved by the Bell, mocked at the time because of the ton of hairspray that kept looks like his young hair, but who would be all the rage today with his yellow overalls open over his wide t-shirt with rolled-up sleeves.

A question not of virtue but of independence

The gesture of the faded suspender leaving a bare shoulder seems to find a resonance through the ages in the myth of the supposedly light woman. We think she says yes to everything and doesn’t bother much, starting with the way we look at her when her body (by what magic?) reveals itself. Daughter of the people, shepherdess, peasant, Liberty leading the people, maid, waitress, dancer, anti-heroine, bimbo, singer, influencer: over time, a gallery of women who are both free and prisoners of reproachful gazes emerges.

Replacing your suspender – which never stops falling – or not caring about it is not and never has been a question of virtue, but rather of independence. Baroque, grunge, hip-hop or fashion, this fashion pays homage to all those singled out and calls for a renewal of our vision. Women’s shoulders would finally be freed from a weight.