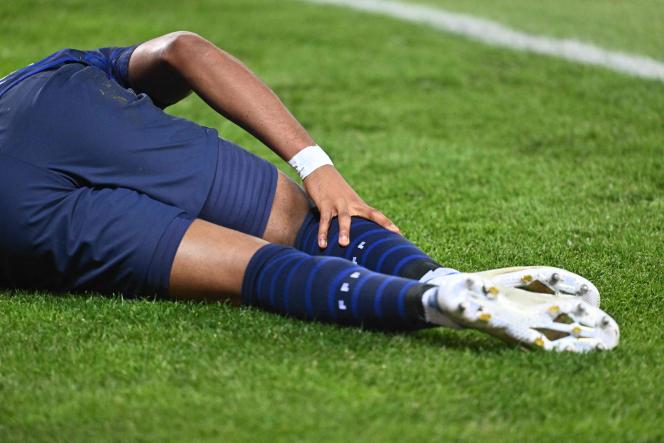 “At the rate they’re being paid, I’m willing to do it without complaining.” “Maybe they’d rather be a delivery guy for Uber or something?” They’ve got to stop there with their whining while they’re sewn in gold! “They are handsomely remunerated for this (…) They are not to be pitied”.

Here, gleaned from Twitter, are some reactions to the publication of a study by FIFPro, the international union of professional footballers, which alerted on May 27 to the deleterious effects of the physical load imposed by current calendars.

Conducted with a thousand players and covering the 2020-2021 season, it deplores intensive cadences and shortened rest periods. Luka Modric has played 63 games, including 24 in a row without having more than four days of rest between each. This season, the Real Madrid playmaker is at 61, before France-Croatia on Monday, June 13.

Since 2018, 41% of the players on the panel have played ten games in a row at least once without ever counting more than four days off between each one. More than two-thirds did not take advantage of more than four weeks of vacation during the 2020 and 2021 off-seasons. 54% claim to have suffered an injury due to these cadences.

The League of Nations, by imposing on exhausted internationals four selection matches at the end of the season, illustrates the absurd competition in which the national leagues, UEFA and FIFA are engaged in to saturate the calendar with competitions. Eight Blues started the rally with more than 50 matches on the clock, and it showed on the pitch.

In 2024, the reformed Champions League will include 189 matches compared to 125 today. If the best players get injured, if they get burned out, the show will suffer, but the organizers don’t seem to realize that.

Many footballers back FIFPro’s demands for tougher regulations – maximum number of matches per season, mandatory rest periods. Others have internalized the constraint and claim their martyrdom.

In March, former England international Steven Gerrard rebuked Bukayo Saka (Arsenal) who had challenged the referee on the number of fouls he suffered: “It’s football. I have screws in my hip, I’ve had sixteen surgeries, and I have trouble walking to the gym. This is the price to pay to earn a living in English football. »

On May 26, saluting AC Milan’s title of Italian champion, Zlatan Ibrahimovic took pride in having, over the past six months, suffered more than twenty infiltrations and weekly drainage of his knee, played with a ruptured cruciate ligament, barely slept and suffered like never before…

The wages of pain

Playing injured is what Rafael Nadal did during the 2022 Roland-Garros tournament thanks to injections of anesthetic in the foot, reviving classic disputes on the borders of doping and on this sports medicine which no longer treats. really.

Fame and fortune would justify the sacrifice of sportsmen’s bodies and the obligation to endure heavy workloads, long journeys, constant pain and problematic medical interventions. Added to this are increasingly attested psychological damage and neurological diseases in certain disciplines.

This price to pay for a career, as high as it is for the health of athletes, however, weighs little compared to what the show brings in, which pays them big, too. At least to a minority of them: in football, the most sought-after players are those who play both in elite clubs and in the national team. Highest paid.

They should therefore grit their teeth, cashing in the wages of pain without complaining of an enviable fate. After all, other workers, who also suffer from work-related pathologies, retire thirty years later with a tiny estate.

Should the “demands of high performance” and showmanship involve sequelae that prevent a former athlete from climbing stairs without pain? Should top athletes be future invalids?

FIFPro denounces “the pressure on players’ health reveals the governance crisis of our sport” and “an outdated model that sees players as resources”. There is nothing obsolete about this model, on the contrary it is fully in force.