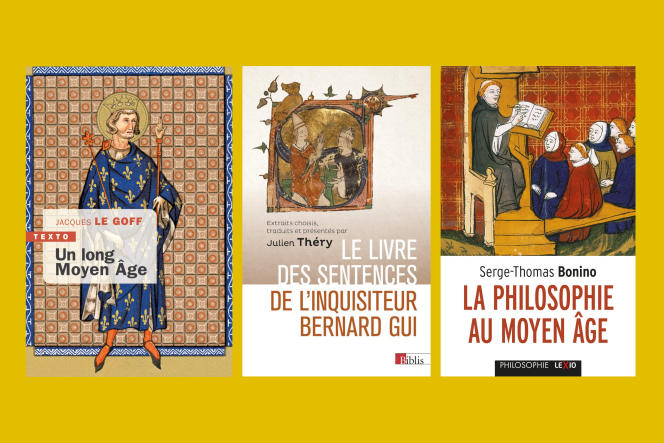 Jacques Le Goff (1924-2014) loved the Middle Ages so much that he wished it inextinguishable, even making it last until the 1800s, refuting the “rupture of the Renaissance” and declaring that “the 1789 revolution itself itself is still a fairly typically medieval phenomenon.” A fervent pan-medievalism that radiates throughout the interviews given to the magazine L’Histoire and brought together in Un long Moyen Age.

With peaceful science, singing the “beautiful Middle Ages” (12th-13th century), he twists his neck there at the dark and transitory vision of a medieval tunnel linking the ancient sun to the resurgent dawn; supports, despite banished pleasure and pain, the idea of ​​a medieval liberation of women; debate, in the age of Europe, of the notion of Christianity and “just war”; analyzes the place of mendicant orders (Franciscans, Dominicans) in the life of the city; and, above all, evokes (or even invokes) the figure of Louis IX. A Saint-Louis whose biographical approach, he depicts the coronation and scrutinizes the “curve of life”, between sexuality and devotion, justice and crusade.

Far from the radiant faith of the saints, pilgrims and paladins rendered by Le Goff to their human and temporal dimension, the figure of the Dominican inquisitor Bernard Gui (1261-1331), studied by Julien Théry, gives us the inside black with this radiant mysticism, clerical state terrorism in its judicial and bureaucratic form.

In fact, The Book of Sentences notifies the inquisitorial court decisions rendered against heretics, in the Toulouse region, between 1308 and 1323. Three contingents of opponents of the faith, qualified according to the case as “good men friends of God” (the “Cathars”), of “Pauvres de Lyon”, disciples of Valdes, practicing radical destitution of soul and body, and joined in their ascetic ideal by the crushes and the “spiritual” fringe of the Franciscans. All movements eager to reconnect with the clear source of evangelical poverty. Dangerous dreamers whom it was important to put down firmly, which was done, after investigation, with great reinforcement of stakes, “walls” (incarceration), razed houses and formidable signage: red crosses or yolks to exhibit publicly. Dead the beast, it was up to his bones to suffer the penalty: crushed and scattered. A fascinating historical investigation at the heart of the inquisitorial universe which, before becoming (from Edgar Poe and Dostoyevsky to the films of Roger Corman) an artistic icon, was a formidable historical test.

There is nothing like summer holidays and the beach to surf the high scholastic wave, to work on the quarrel over universals, to calmly wonder about Guillaume d’Ockham, Nicolas de Cues or political Augustinism and the links between City and Church (which absorbs whom?). There is no better manual for learning than Philosophy in the Middle Ages, by the Dominican Serge-Thomas Bonino, who succeeds, after the classic books of Bréhier, Gilson and Alain de Libera, in “tracing a few wide avenues in the dense forest of ten centuries of doctrinal history. »